(Look: Thousands of unused Robredo’s slippers found in Abandoned NPA Camp. so it was Leni who distributes slippers to the NPA rebels.) 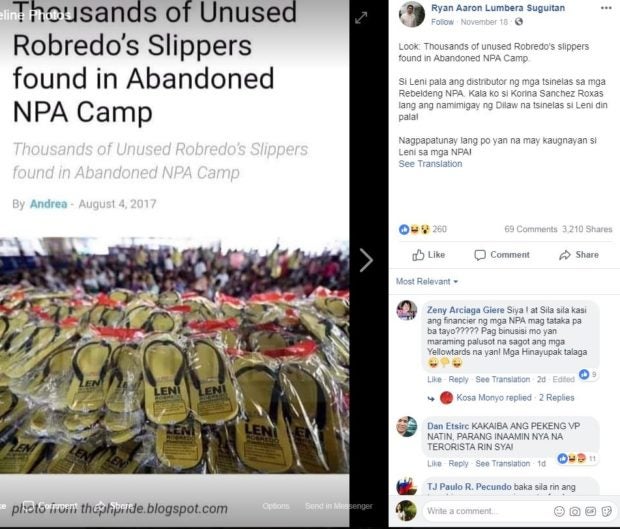 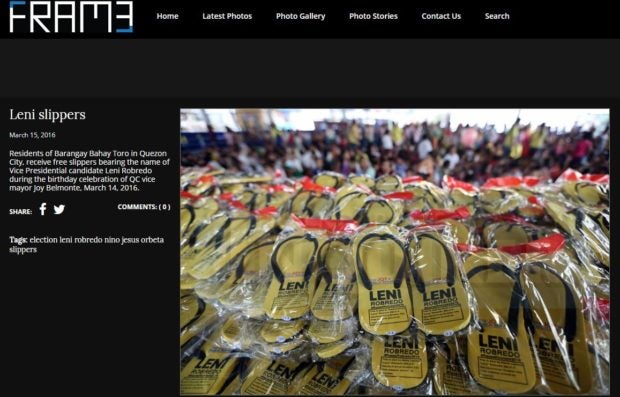 The post compares Robredo to television host Korina Sanchez who donates slippers to Filipinos in her show, “Rated K.”

The post then accused Robredo of having relations with the NPA.

The AFP explained, however, that INQUIRER.net took the photo of the slippers in 2016.

Quezon City Vice Mayor Joy Belmonte gave the slippers to the residents of the Bahay Toro village in Quezon City on March 14, 2016, during her birthday celebration.

Inquirer photographer Niño Jesus Orbeta told AFP that he owns the photo and that the accusation against Robredo was fake.

“That is the downside of social media/ internet. Especially when you’re a photographer, and your photos are out there, they can too easily be copied and pasted and used for other people’s agenda,” Orbeta told AFP via Facebook Messenger last November 21.

The Vice President’s spokesman, Ibarra Gutierrez III, also debunked the allegations, telling the AFP that it was “complete fabrication.”