Unlike Trillanes, PH getting its money’s worth with Duterte – Palace 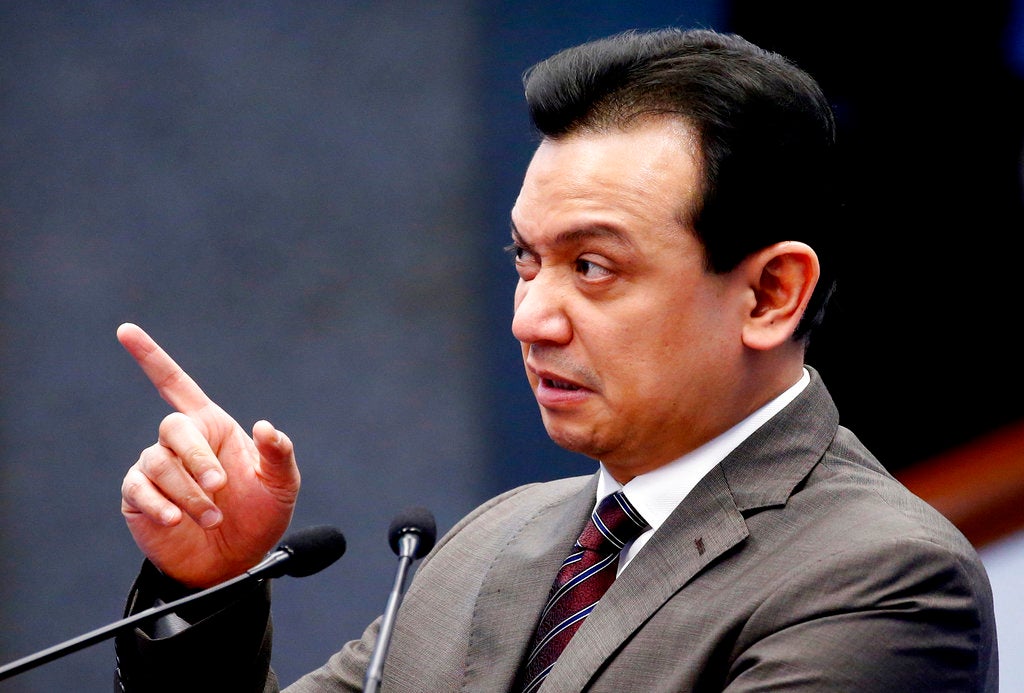 Malacañang on Friday said the country is getting its money’s worth on President Rodrigo Duterte’s “selfless dedication to his constitutional duty.”

Presidential Spokesperson Salvador Panelo made the remark after Duterte was heavily criticized for his absence in some Asean meetings in Singapore on Wednesday. Among those who took a jab at the President was his arch-critic, Senator Antonio Trillanes, who claimed that his absences were either because he’s sick or just plain lazy.

Malacañang said Duterte took power naps during his absence in six Asean gatherings to re-energize after getting exhausted in the opening day of the regional summit.

“After spending eight years of unremarkable military service with no combat experience, he wasted the people’s money that paid for his schooling in the Philippine Military Academy by marching to a Makati hotel and infamously staging a failed coup and a rebellion that not only disrupted the nation’s tranquility but drove away investors as well, to the sufferance of the country’s economy,” Panelo said in a statement.

He noted that the President has “chained himself to a punishing work ethic” that saw him shuttling back and forth to different provinces.

“Likewise the President engages in foreign trips abroad to enter into trade agreements and defense pacts beneficial to the country. Despite the lingering pain caused by an accident that he constantly endures, he administers to the affairs of the state without regard to time and condition,” he said.

Panelo claimed that with Duterte’s work ethic, it is unavoidable that he loses sleep which what exactly happened when he skipped six key events in the Asean Summit.

The Palace official went on to point out the absence of US President Trump in the summit and the non-appearance of Singapore President Lee, who was the Chairman for this year’s gathering, in two of the meetings he was presiding because he was indisposed.

Their absence, Panelo said, “did not make them lazy or seriously ill to perform their duties as Presidents of their respective countries.”

“Unlike Trillanes, who used the Senate as his sleeping quarters for a week without paying for his boarding just to escape from his concocted and imagined arrest, the country is getting its money’s worth by the President’s selfless dedication to his constitutional duty of serving and protecting the people,” he insisted.

Panelo, who is also Duterte’s chief legal counsel, said accusing Duterte of being lazy or seriously ill “is a product of a witless if not a malicious mind.”

He further said that Trillanes, whom he claimed to have been “undeservingly released from jail owing to a flawed amnesty grant,” was “expectedly and necessarily, will not, and probably cannot, fathom the nature and the sacrifices of the Office of the President.”