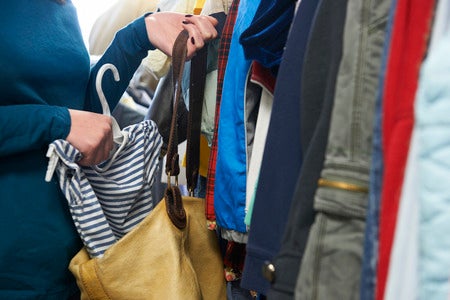 A young couple in China was arrested for stealing clothes from a popular Japanese apparel shop, which they resold online to use the money they earned to fund their travels.

The man and his girlfriend, identified as Wang and Zhao and only in their 20s, were caught stealing at a Uniqlo store in the city of Suzhou. At the time they were caught, they allegedly stole three clothes worth 2,400 yuan ($345 or around P18,200), as reported by local newspaper Modern Express via South China Morning Post on Wednesday, Nov. 14.

They admitted to stealing from the clothing store’s branches in China. They said they targeted the particular clothing line because these stores were usually large and had insufficient security personnel.

Police said that the couple started doing their scheme in their home province of Henan early this year.

The couple was able to steal the clothes with a bag which has a magnet-shielding cloth stitched inside. The cloth blocked the magnetic-force in the items’ security tags, which prevented the alarms to be triggered.

The clothes they have been stealing were resold at a 60 to 70 percent reduced rates, at a live broadcasting app. With the money they get from the clothes, they were able to go to 20 cities and provinces around China.

At the time of their arrest, they were accused of having completed 160 transactions online. Katrina Hallare/JB