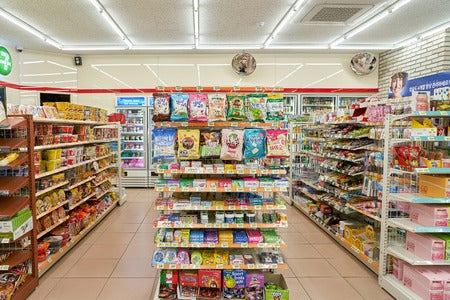 Two 15-year-old Koreans were recently caught by authorities after allegedly robbing two convenience stores just a day after they were  released for a similar crime.

The teenagers were first found to have forced their way inside a convenience store in Seodaesin, Seo-go, in Busan last Nov. 5. The robbery was carried out at 2 a.m., as per Korea Times on Nov. 12; the teenagers used a rock to smash the door open before reportedly taking money from cash registers and some cigarettes.

The two were caught by Busan Seobu Police authorities, but were released on the same day because of their young age. It seems, however, that the two had not learned their lesson as they went back to robbing convenience stores just a day after they were discharged.

On Nov. 6, the teenagers entered two convenience stores where they were captured by a CCTV camera stealing goods and money. The footage aided authorities in tracking the teenagers once more. One of the teenagers was arrested, while the other, considered the accomplice, was indicted without physical detention.

“As far as I know, they were released because they were young―to guide them back into the right direction,” a police source said in the report. “Even if an arrest warrant is requested against young ones, it is usually dismissed.”

As per authorities, over 2 million won (around $1,760) were stolen by the teenagers.  Cody Cepeda /ra