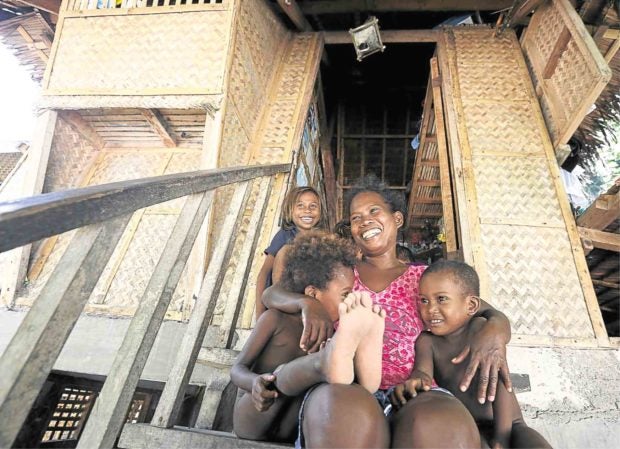 NEW LANDOWNERS Members of the Ati tribe on Boracay Island are among the latest beneficiaries of the government’s land reform program. —MARIANNE BERMUDEZ

ILOILO CITY — Despite the granting of agrarian reform land to the Ati of Boracay Island, tribe members are still seeking full possession of ancestral land granted to them by the government more than seven years ago.

“We are happy and thankful that we have more land. But we also wish that we can fully possess and occupy the land covered by an ancestral domain title because it is more permanent,” Evangeline Tambuon, council member of the Boracay Ati Tribe Organization, told the Inquirer.

President Rodrigo Duterte, in a ceremony held on Boracay Island on Nov. 8, led the distribution of 623 certificates of land ownership award (Cloa) covering 274 hectares at the towns of Buruanga, Tangalan and Malay in Aklan province.

These include five collective Cloa covering 3.2 ha in four areas at Barangay Manoc-Manoc on Boracay Island for 44 Ati families.

Tambuon said they planned to use the land for planting vegetables, which they could sell to hotels and resorts on the island, and root crops.

She said they chose to receive collective Cloa to help ensure that the land would be under the control of the tribe instead of individual families, especially concerning decisions on the property’s use and disposal.

She, however, recognized that the Cloa could be sold or awarded to other beneficiaries after 10 years.

Cloa is the proof of ownership of lands awarded to an agrarian reform beneficiary under Republic Act No. 6657, or the Comprehensive Agrarian Reform Law of 1988. It contains restrictions and conditions for such ownership and must be registered in the Register of Deeds.

The President had repeatedly said the tribe could sell the land covered by Cloa so they could earn from the economic development of the resort island, which was reopened last month to tourists after a six-month environmental rehabilitation

The tribe has been locked in a legal battle over the 2.1-ha land covered by a Certificate of Ancestral Domain Title (CADT) awarded in 2011 by the National Commission on Indigenous Peoples. 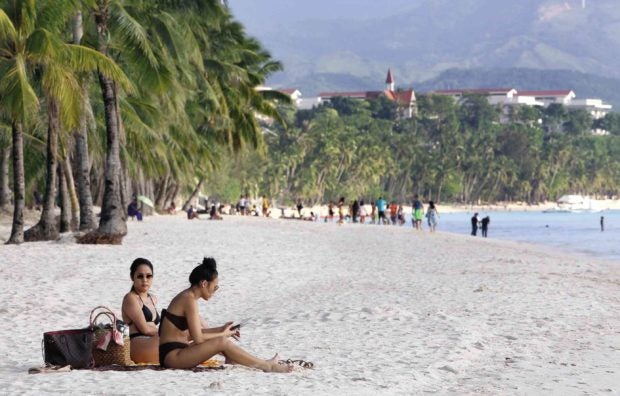 THEY’RE BACK Tourists return to Boracay after the government reopened the island in Malay town, Aklan, on Oct. 26 following a six-month rehabilitation. —MARIANNE BERMUDEZ

The CADT was awarded in recognition that the tribe was among the earliest inhabitants on the island before settlers and expatriates came to Boracay.

This title formally recognizes the rights of possession and ownership of indigenous cultural communities or indigenous peoples over their ancestral domains identified and delineated in accordance with Republic Act No. 8371, or The Indigenous Peoples’ Rights Act of 1997.

The CADT-covered land is considered a community property of the tribe and succeeding generations, which cannot be destroyed, sold or disposed of.

Several private claimants, however, questioned the CADT and had filed cases in court.

Tambuon said the tribe had only taken possession of about 75 percent (1.57 ha) of the CADT-covered property.

A portion of the land is inhabited by settlers who cannot be transferred because of the lack of a relocation site.