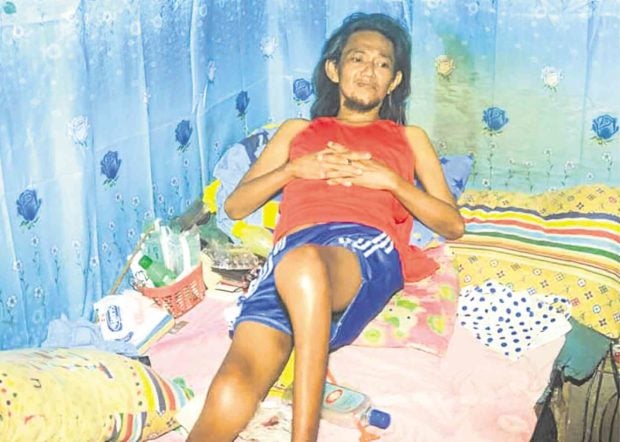 Jose Pepito “Ping” Vasquez, a single parent who is father to five children ranging in ages from 6 to 17, suffers from hemophilia.

The disorder prevents blood from clotting, leading to bleeding that can cause serious health problems.

Vasquez, who is a 47-year-old tricycle driver, developed a pseudo-tumor on his hip in June, landing him in the hospital several times. He had to sell his tricycle to pay for his bills.

“I was forced to sell it because I have no money to buy food for my children,” he said.

For over a week now, Vasquez has been confined at Philippine General Hospital for severe bleeding. He needs to undergo an MRI and an operation. For these procedures, he needs to raise P28,000.

“On behalf of Ping and his children, we would like to appeal for help from Inquirer readers,” said Hemophilia Advocates-Philippines president Andrea Trinidad, whom Vasquez also asked for help.

Trinidad said that Vasquez had been prescribed anti-inhibitor medicines which are expensive. He also needs 200 milligrams of Novo Seven, approximately P50,000 per mg.