DOTr assures no fare hike for MRT-3 despite rehab works 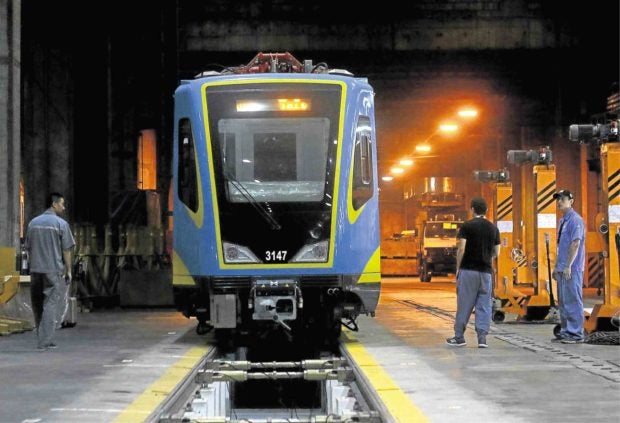 TEST RUN Over a year since their delivery, two of the Dalian trains will finally hit the tracks, albeit for a short period. INQUIRER FILE PHOTO

The Department of Transportation (DOTr) assured the public on Saturday that no fare hike would be implemented for the Metro Rail Transit line 3 (MRT-3) amid total rehabilitation of the line.

DOTr Undersecretary for Railways Timothy John Batan issued the assurance following the singing of the loan agreement between the country and Japan.

The rehab project will run until 2022 and will cover complete rehabilitation and maintenance of all sub-components of MRT-3, including its electromechanical systems, power supply, rail tracks, depot equipment, and a general overhaul of all its 72 light rail vehicles.

“That is not even in the horizon for us at this point,” Batan said.

(It has been the firm instruction of Secretary Arthur Tugade not to increase any fare until the commuters themselves feel the improvements in the services of the MRT-3.)

The MRT-3 line ferries an average of 350,000 commuters daily and stretches from North Avenue in Quezon City to Taft Avenue in Pasay City. /jpv