Corrupt officials? Slap them in front of me, Duterte tells traders 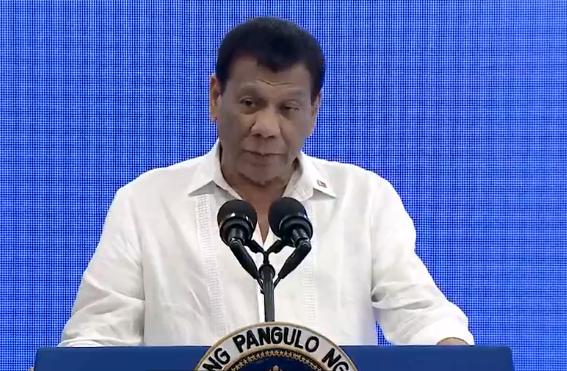 President Rodrigo Duterte on Wednesday said he would give local and foreign businessmen in the country the opportunity to slap corrupt government officials in front of him to humiliate them.

“If you have something against anybody from government… go to me I will contact you and I will call the person you are complaining against and the three of us will talk,” the President said in his speech during the brand launch of a Chinese automobile company in Pasig City.

“And I assure you that if it is indeed something which amounts to corruption or graft, I’ll give you the privilege of slapping that person a dozen times in front of me,” he added.

That way, the President said, “you place him in humiliation and you maybe shed off his dignity.”

“And those are the right remedies for an idiot who is not needed in the government. Humiliation and maybe a loss of face is more than just the money,” he stressed.

The President then assured businessmen that his administration had been doing its best to ensure a level-playing field for investors.

He noted that the government would continue to provide both foreign and local investors the assistance they need in order for their ventures to prosper and flourish. /atm