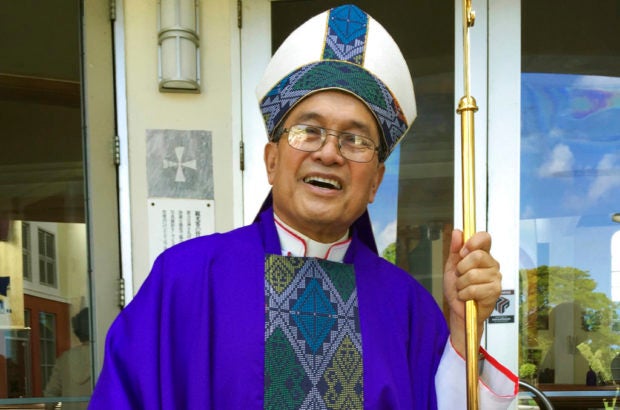 HAGATNA, Guam — Guam’s Catholic church will file for bankruptcy — a move that will allow the archdiocese to avoid trial in dozens of lawsuits alleging child sexual abuse by priests and move toward settlements.

“This path will bring the greatest measure of justice to the greatest number of victims,” Byrnes said. “That’s the heart of what we’re doing.”

Byrnes said the bankruptcy will provide “finality for victim survivors that they’ve been heard and understood.”

Lawyer Leander James, who is working with alleged victims in Guam, said in a statement the move will help resolve current lawsuits from more than 180 claims of abuse through settlements.

“We welcome the announcement,” James said in a statement. “Bankruptcy provides the only realistic path to settlement of pending and future claims.”

James says the bankruptcy will create a deadline for victims to file claims.

“This bankruptcy filing will automatically stop any further action in the lawsuits that have been filed, and it will create a deadline for all Guam clergy abuse victims to file claims,” James said. “It will be important for those who have not come forward to do so and file their claim.”

Guam attorney Anthony Perez, who is also representing victims, says the bankruptcy does not mean the archdiocese will be shuttered.

“Just because the archdiocese is filing for bankruptcy does not mean it will go out of business,” Perez said. “In my discussions with attorneys from my team with extensive experience in these types of bankruptcies, this filing will allow the archdiocese to reorganize and still be operational after the claims are paid and the bankruptcy is closed.”

Earlier this year the Vatican removed the suspended Guam archbishop from office and ordered him not to return to the Pacific island after convicting him of some charges in a Vatican sex abuse trial.

The Vatican didn’t say what exactly Archbishop Anthony Apuron had been convicted of, and the sentence was far lighter than those given high-profile elderly prelates found guilty of molesting minors.

Apuron, who has denied the allegations and has not been criminally charged, is 72. The Vatican retirement age is 75.
Pope Francis named a temporary administrator for Guam in 2016 after Apuron was accused by former altar boys of sexually abusing them when he was a priest. Dozens of cases involving other priests on the island have since come to light, and the archdiocese is facing more than $115 million in lawsuits alleging child sexual abuse by priests.

Some Catholics on Guam said they were not surprised at the church’s bankruptcy announcement.

“I knew it was going to happen,” said 68-year-old Judith Salas. “Eventually they would have to pay.”

Francis Santos, 60, a member of his parish’s finance council, said the move was inevitable. “The church had to take a position to save all the churches and schools,” he said. “Personally, I’m glad. At least now we have some direction that we as Catholics can look forward to.” /ee