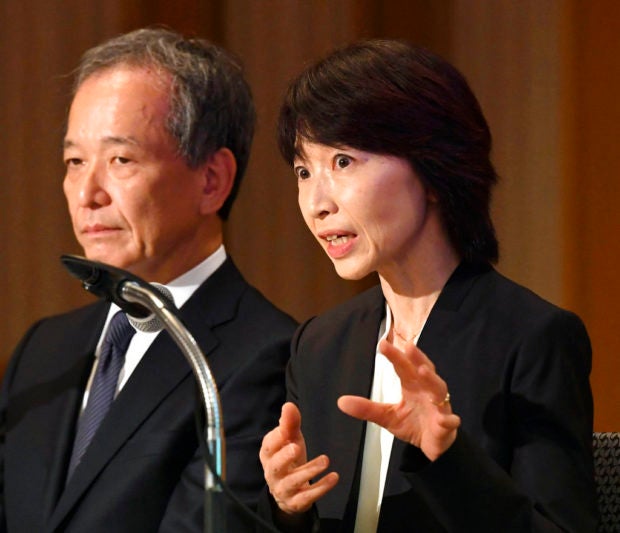 TOKYO — A Japanese medical university that acknowledged systematically discriminating against female applicants announced Wednesday plans to accept more than 60 who were unfairly rejected over the past two years.

The discriminatory policy at Tokyo Medical University surfaced earlier this year, triggering national outrage. The school acknowledged in August that it has been reducing female applicants’ entrance exam scores for years to keep the numbers of female students low. They said women tend to quit as doctors after starting families, causing staffing shortages at a school-affiliated hospital.

The university said it will offer to enroll 67 female applicants who were eliminated due to the exam manipulation.
University President Yukiko Hayashi apologized for the school’s discriminatory policy.

“We will conduct fair entrance exams and never let the inappropriate practice be repeated,” she said. “Nobody should be discriminated against because of gender.”

In Japan, women are still considered responsible for homemaking, childrearing and elderly care, while men are expected to work long hours and outside care services are limited.

The scandal prompted speculation that other medical schools may also follow similar practices.

Hayashi, who became university president in September following her predecessor’s resignation over a bribery allegation that led to exposure of the exam manipulation, said she was shocked by the large number of women who were denied entry.

It isn’t clear how many women will accept the school’s offer and enroll. Hayashi declined to comment on what the school will do about dozens of male students who were wrongfully given additional points and accepted instead of the women.

The manipulation came to light during an investigation into allegations that the school accepted the son of an education ministry official in exchange for favorable treatment for the school in obtaining research funds. The bureaucrat and the former head of the school have been charged with bribery.

The investigation found that the school reduced all applicants’ first-stage test scores by 20 percent this year and then added at least 20 points for male applicants, unless they had failed at least four times previously. /ee