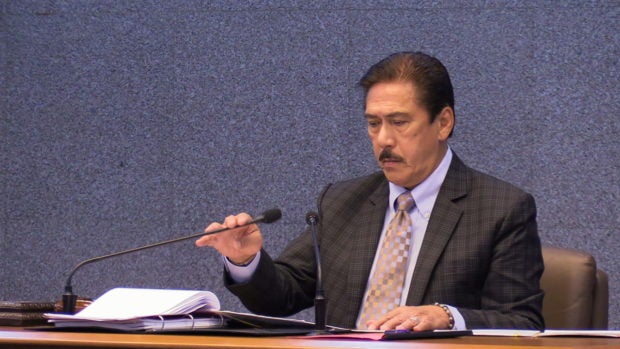 “Why will I be threatened now?”

Senate President Vicente “Tito” Sotto III said this Wednesday when asked if he was threatened at the possibility of Juan Ponce Enrile reclaiming the top seat in the upper Chamber.

Enrile, a former Senate president, is running for senator in the 2019 midterm polls. He is now 94 years old.

“He will be an asset in the Senate if he will be elected back to the Senate. If my colleagues would like to elect him as Senate President, I have no problem with that,” Sotto said in a news forum.

“I am not threatened at all, because I only serve for my colleagues,” he also said.

Despite Enrile possibly returning to the leadership of the Senate, Sotto said he is “confident” that he has the full support of other senators.

Sotto said Enrile could also join the majority bloc of the Senate. /je