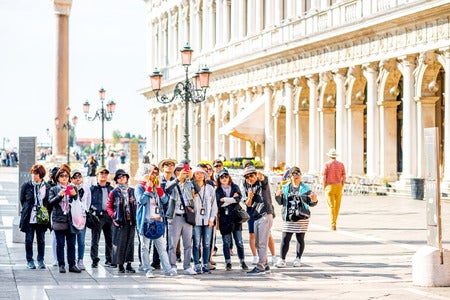 Citing various cases of improper conduct, Filipinos have taken to social media to air their grievances against tourists that they describe as “Chinese mainlanders.”

Twitter user @apoterry posted yesterday, Nov. 4 a picture of a shirtless man in front of a retail cashier.

“Kanina lang (Just a while ago). I queued to the cashier when Chinese mainland guy cut thru the line, took off his shirt and paid for it. I felt so invaded even at Uniqlo,” the netizen wrote.

In later comments, the Twitter user explained that he is “Tsinoy” and overheard the person speaking Mandarin, thus identifying the man as a Chinese national. The cashier had reportedly gestured to the man to put his shirt back on but to no avail.

The post has sparked outrage and a slew of other observations towards foreigners identified as Chinese tourists.

Mary Bee (@Marybeezzz) said she had an encounter with “mainlanders” who tried to enter membership shopping chain S&R. The security guard told them they needed a membership ID, to which the foreigners allegedly said, “We are Chinese!”

“The nerve of this people! They actually act as if they ‘own’ the country,” the netizen said. 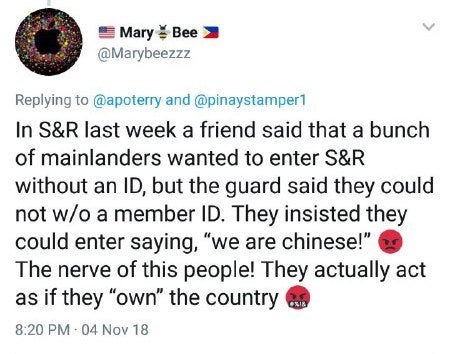 Others recalled getting cut in line in other establishments.

Netizen Justine Castellon (@justcastellon) experienced queue-jumping “Chinese mainlanders” while in a mall elevator. She said she was with her wheelchair-bound son and pushed the wheelchair against one of the tourists so that they would move aside.

“They’re everywhere, walang modo talaga (no manners at all)!” she lamented. 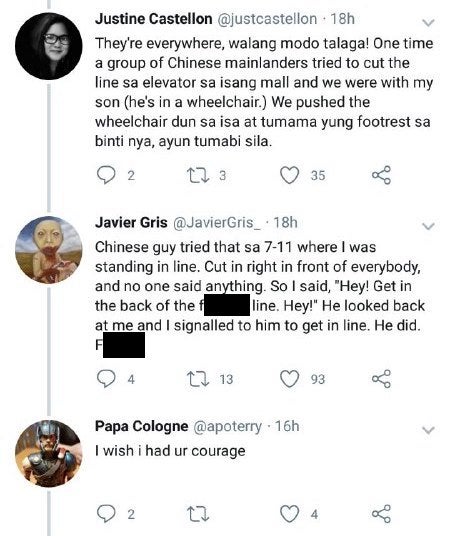 One Javier Gris (@Javier Gris_) said he confronted a “Chinese guy” at a convenience store. “Cut right in front of everybody and no one said anything,” he recalled.

Renowned wedding videographer Jason Magbanua, however, warned against generalizing a race. “Wondering when the tipping point will be reached and violence will be seen as an option,” he replied to the post. “Doesn’t help that Filipinos can be so racist.” 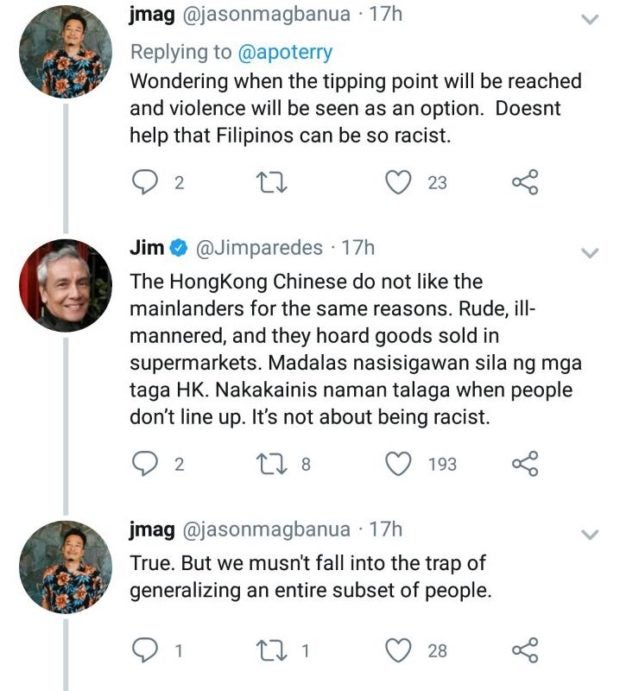 Musician Jim Paredes replied to Magbanua, “The Hong Kong Chinese do not like the mainlanders for the same reasons. Rude, ill-mannered and they hoard goods sold in supermarkets. Madalas nasisigawan sila ng mga taga-HK (They are often yelled at by Hongkongers).”

“Nakakainis naman talaga (It really is annoying) when people don’t line up. It’s not about being racist,” he said.

Magbanua responded, “True. But we mustn’t fall into the trap of generalizing an entire subset of people.”

“Rude” Chinese tourists are not new in the international scene, with common complaints including public defecation, queue jumping, being loud and breaking traffic laws.

Popular tourist destinations have taken matters into their own hands: Hokkaido and Thailand have issued guides to behaving properly for Chinese tourists.

While the said mainlanders have deep pockets, thanks to their country’s rise as an economic superpower, why do they behave the way they do?

South China Morning Post online news editor Amy Li interviewed experts in a 2013 article and explained that their behavior could be due to poor education, especially among older tourists who lived in adversity. Another factor is supposedly that in China, there is little respect for the law, with those in power usually getting their way, and locals bringing this mindset when traveling abroad. JB