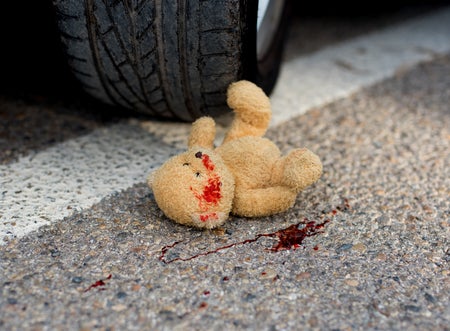 A 3-year-old boy in Michigan, United States was accidentally run over twice by his father while they were out trick-or-treating.

What was supposed to be a night to remember for a toddler turned out to be a nightmare when he was run over twice by his 36-year-old dad on Wednesday, Oct. 31, as reported by ABC13 on the same day. The boy was immediately rushed to the hospital with non-life threatening injuries.

The Ottawa County sheriff’s department has launched an investigation into the incident. Once the inquiry is complete, the case will be forwarded to the prosecutor to determine whether the father will be charged.

The sheriff’s department said the victim’s father was driving through the Hofma subdivision at three miles per hour, the report stated. The family was out to trick-or-treat in the houses of the said subdivision. The father told the deputies that his car’s rear doors were open. His two sons, ages three and seven, were sitting at the back, with both their legs hanging out of one of the rear doors.

Deputies are currently investigating whether the 3-year-old fell out or jumped out of the van, the report said. Witnesses who saw what happened alerted the father to stop his car. The father heard their cries and stopped the vehicle. However, he made the mistake of reversing, running over his son’s lower body. He then went forward and ran over him for the second time.

The 3-year-old is currently recovering in the hospital. Kate Matriano/JB

2 brothers run over by car ‘6 times’ after bar fight