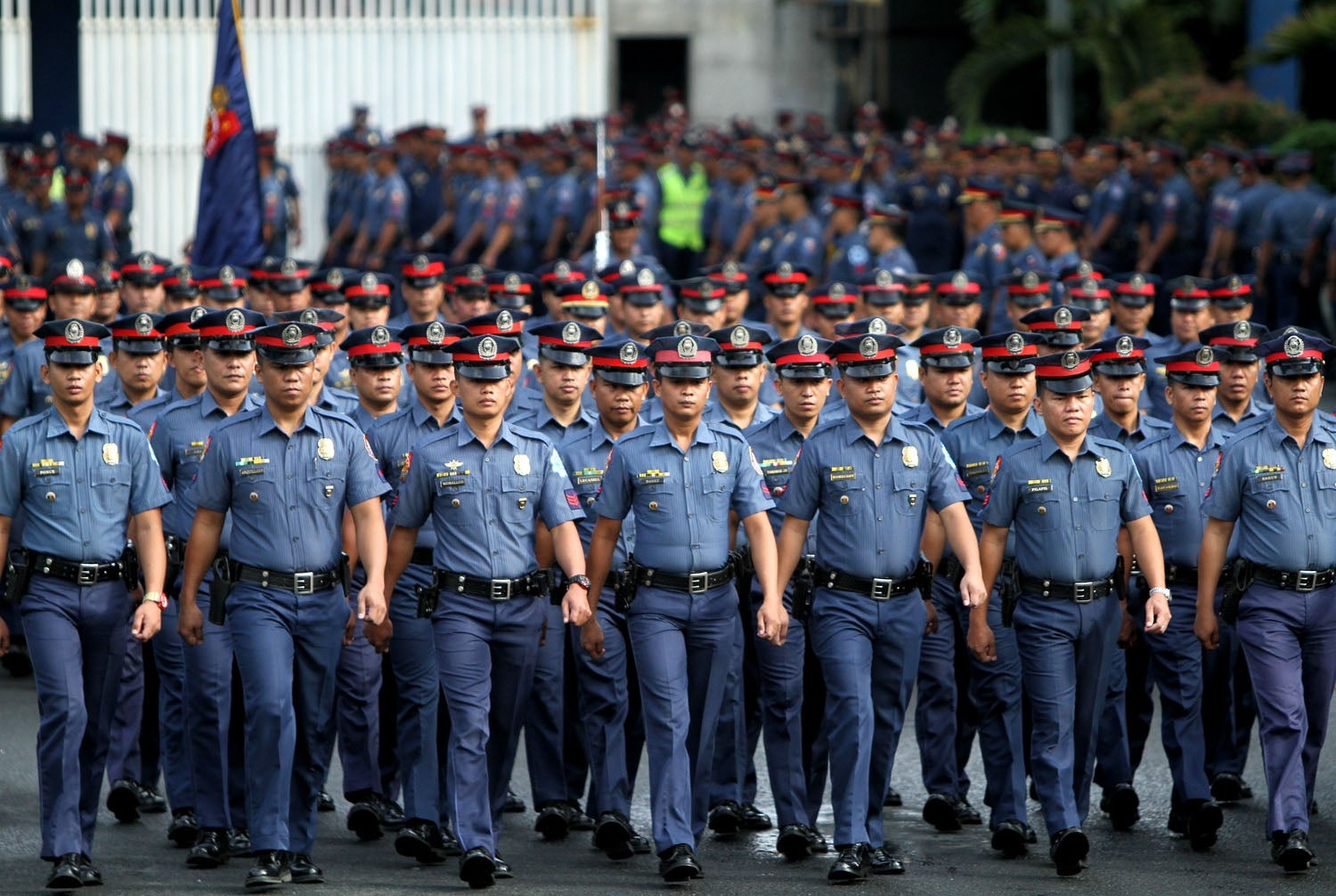 In January, a significant salary increase was ordered for members of the Philippine National Police, with priority for those in the lower ranks such as police officers 1.

The increase rate declined for higher ranks. For example, the PNP director general now enjoys a salary of P121,143 from P67,500, or a 79-percent increase.

The pay hike appeared to be timely motivation for what was to come: On Jan. 23, the PNP issued supplemental guidelines to govern the relaunch of the antidrug campaign, “Project Double Barrel,” including procedures for “Oplan Tokhang.”

But despite the increase, policemen still engaged in shakedowns. As of August, 34 cops, including 20 PO1s, were found to have been involved in various forms of extortion, known in street lingo as “kotong.”

Lorenzo Miguel Soriano said the accused cops had demanded P200,000 in exchange for the liberty of his uncle, Flexis Jefferey Soriano, 40, while the two of them were detained at the Galas station for a drug case in May.

In sum, 442 of the 522 policemen traced by the Inquirer were fired over alleged activities in the drug trade.

And most of these happened in the early days of the Duterte administration as the PNP worked to gain footing to launch its antidrug campaign.

“The salary raise, in principle, is a very good deterrent to extortion activities, but for others, maybe these are activities that have already become part of a culture,” said the NCRPO chief, Director Guillermo Eleazar. “That’s why we need to focus on internal cleansing.”

Extortion by members of the Metro police force has evolved into more wicked forms, such as “tokhang for ransom” and “palit-puri.”

The latter is exemplified in the case of PO1 Eduardo Valencia of the Manila Police District, who allegedly raped a 15-year-old daughter of drug suspects in exchange for her parents’ freedom.

According to the Center for Women’s Resources (CWR), 56 cops have been involved in 33 cases of violence against women monitored since 2016.

The abuses monitored include sexual harassment, other forms of sexual abuse, physical assault, acts of lasciviousness, blackmailing, trafficking and rape.

Abuses against women continue because scalawag cops are able to get away with their crimes, CWR executive director Jojo Guan said, adding: “When the abuses continue and the perpetrators remain scot-free, this shows how the government protects and covers up their messes.”