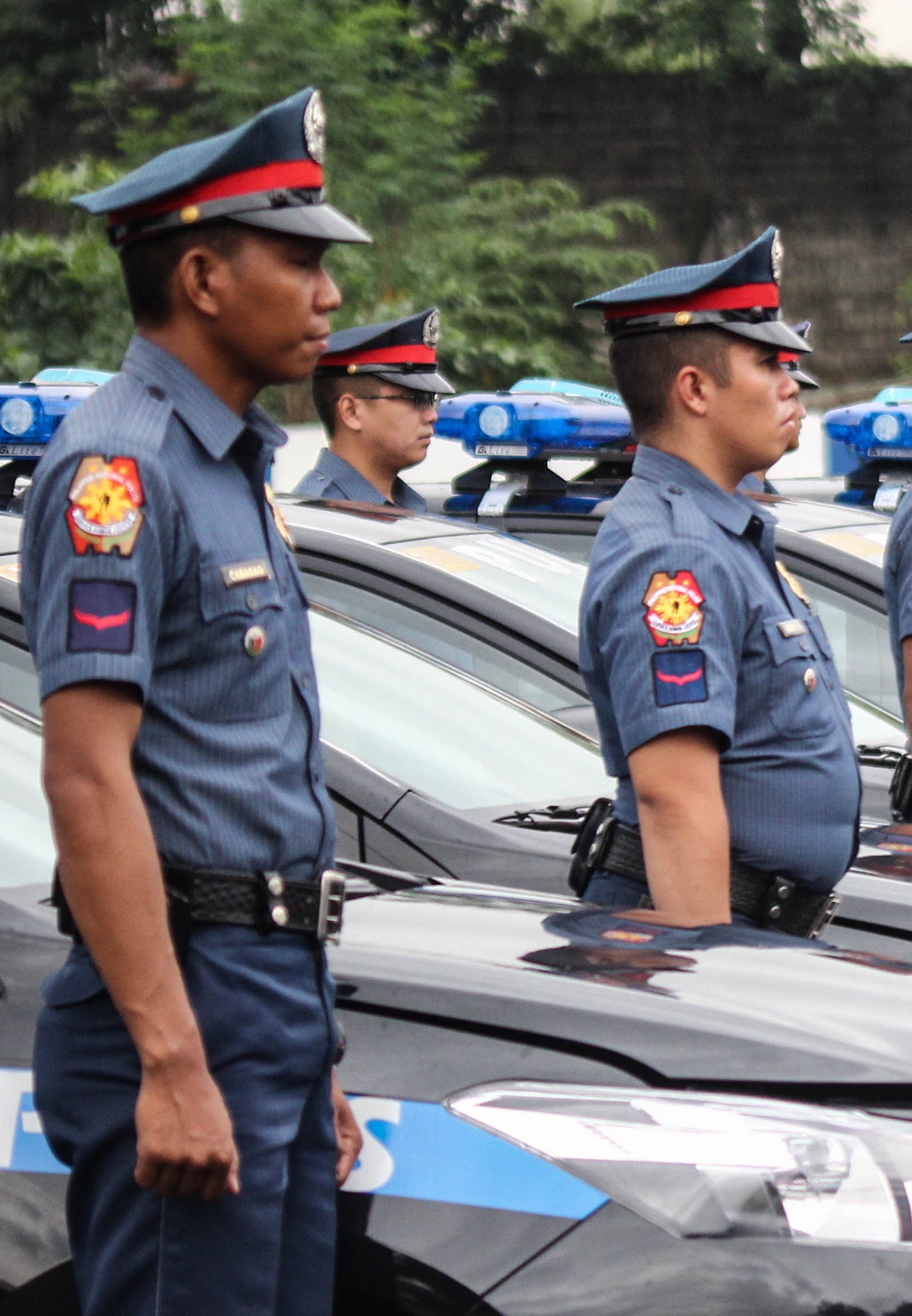 BRAND NEW Policemen in Quezon City stand next to brand new patrol cars donated by the Quezon City government. President Duterte has expressed lament that the government was spending too much on vehicles because these were not being properly maintained. —JAM STA. ROSA

President Rodrigo Duterte reminded government agencies to properly maintain vehicles and heavy equipment under their care because it was costing the government money.

The President criticized unidentified government agencies for not maintaining vehicles and equipment under their supervision during a briefing on Typhoon “Rosita” (international name: Yutu).

“I’m not [trying to offend] anyone, but in the government, if the carburetor conks out, they just let it be. The engine, no more,” he said.

“A lot of money has been wasted on that because of no maintenance,” he said. “Even in the police, there’s no maintenance appropriation.”

During the briefing in Cauayan City on Thursday, Isabela Rep. Rodolfo Albano III asked the President to beef up military engineering brigades for disaster response.

Albano proposed the creation of a military engineering command to help in rescue and clearing operations following disasters and for the government to purchase more equipment.

“I’ll tell you what, Rod,” the President replied.

“The life span of equipment, heavy equipment, depends so much on the maintenance,” the President said.

If the government invested in heavy equipment for disaster response, these would be left to the military’s engineering brigades and the Department of Public Works and Highways, he said. —Julie M. Aurelio