LIST: Filipino politicians who passed away in 2018 | Inquirer News 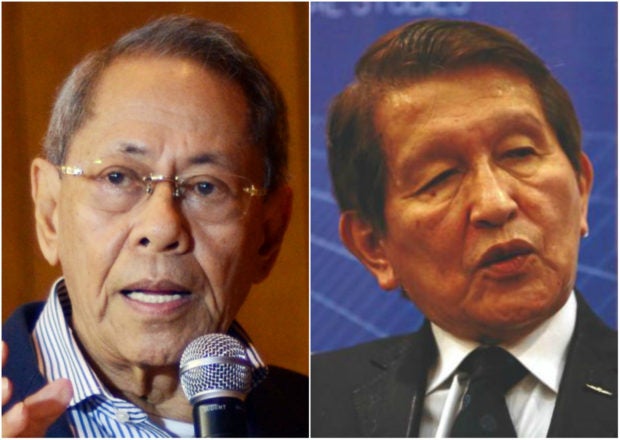 In time for this year’s Undas, let us commemorate and celebrate the lives of Filipino politicians who have offered their services to the public and selflessly served the nation to its best interests.

Among the politicians who took their final breaths this year are:

A former Senate President and former special envoy to the European Union (EU) succumbed to a massive cardiac arrest on May 13. He was 83.

Before his death, Angara served as the bridge between the EU and the Duterte administration. In 1993, he was elected as Senate President.

Angara also served as secretary of agriculture from 1999 to 2001. He also briefly served as former President Joseph Estrada’s executive secretary before Estrada’s ouster.

He was also the president of the University of the Philippines from 1981 to 1987. Angara was also one of the youngest delegates to the 1971 Constitutional Convention.

Former Court of Appeals (CA) Associate Justice Puno passed away last July 25 at the age of 95. Details as to his death was not released by the family.

Former National Security Adviser and lawmaker Golez succumbed to a heart attack last June 11. He was 71.

Golez served as former President Gloria Macapagal Arroyo’s security adviser from 2001 to 2004. He was also a six-term congressman of Parañaque City from 1992 to 2001.

Kabayan party-list representative Calalang died last September 23 at the age of 67. He was reported to have had a “massive stroke” a week before and underwent surgery.

Calalang was sworn in as congressman after Harry Roque was appointed as the presidential spokesperson.

He was a law professor and taxation lawyer by profession.

Former Ambassador Lozada took his final breath last July 31 at the age of 67. He had suffered a brain hemorrhage.

Lozada served as Philippine envoy to Austria, Palau and the Holy See. After serving the Ramos administration as foreign affairs adviser, Lozada was a two-term congressman of Negros Occidental.

Former Kalinga representative Agyao died of complications due to pneumonia on June 22. He was 77.

Known as “Lao-ing,” Agyao was a former regional director and assistant secretary of the Department of Public Works and Highways.