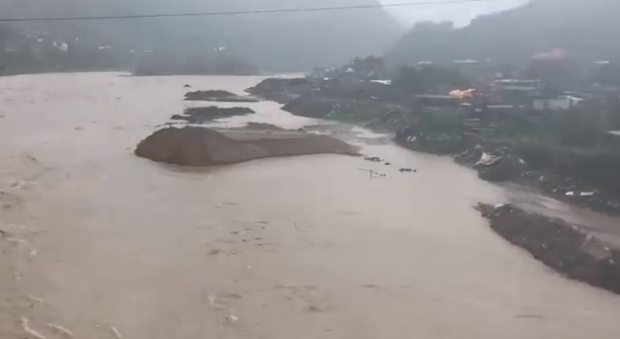 The video uploaded by the Provincial Disaster Risk Reduction and Management Office (PDRRMO) of Mountain Province yesterday via Facebook shows the storm lashing Bontoc in the Mountain Province.

The footage was taken just hours before the landslide buried about 30 people sheltering in a government building in the village of Banawel, near Natonin in the north part of Luzon.

Rescuers desperately searched for survivors in the village located around 250 miles north of Manila, reports said.

There were 20 laborers among those buried in the landslide, according to a separate post of the PDRRMO-Mountain Province. KM