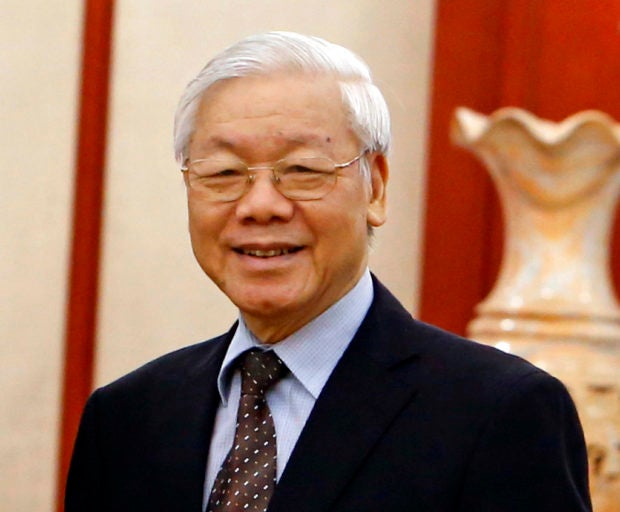 In this Jan. 25, 2018 file photo, Vietnam’s Communist Party General Secretary Nguyen Phu Trong poses as he meets with US Secretary of Defense Jim Mattis before their talks in Hanoi, Vietnam.  AP

The 74-year-old Trong is the first to hold both positions since founding President Ho Chi Minh in the 1960s.
Analysts say the merger will unlikely change the country’s course or economic policies.

Trong, a former chief ideologue of the party, was elected to the Politburo in 1997. He was elected general secretary in 2011 and re-elected in 2016.

Quang died last month after battling a viral illness for more than a year. /ee