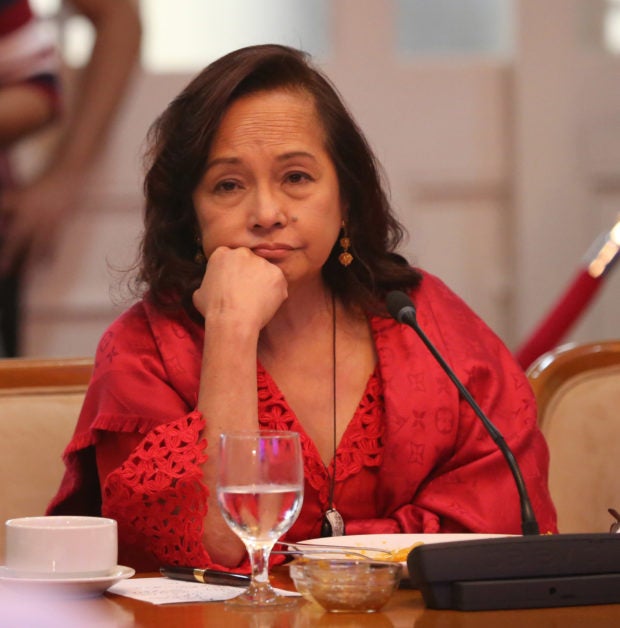 Senators  are split over Speaker Gloria  Macapagal-Arroyo’s  recommendation for the Philippines to withdraw its membership from the Inter-Parliamentary Union (IPU).

Arroyo made the proposal as she noted the IPU’s continued  “interference”  in  the country’s judicial  processes.

“I am inclined to concur but after due consultation with my colleagues,” Senate President  Vicente “Tito” Sotto III said in a statement on Tuesday.

Perhaps, Sotto said, the IPU’s human-rights committee should be reminded first that the Philippines is a “sovereign state with a working judicial process, and a Constitution that decrees the separation of powers for the executive, legislative and judicial branches.”

“I’m just wondering  how on earth can they think they can meddle with  a member-country’s judicial  process?”  the Senate leader added in a text message.

In separate resolutions, the IPU  recently expressed deep concern over the human-rights violations against  Senators Leila De Lima and  Antonio Trillanes— two of the staunchest critics of the Duterte administration.

De Lima has been detained for drug charges while President Rodrigo Duterte   had revoked  the amnesty   granted to Trillanes  and subsequently ordered  his arrest.

“First, Speaker Arroyo’s recommendation is based on the wrong premise,” he said in another statement.

“The IPU has yet to act on its Human Rights Committee’s recommendation to the IPU Governing Council. Having said that, it is premature, if at all, to denounce the IPU as a whole, much less withdraw membership from the body.”

Withdrawing from the IPU,  Lacson said,  would  also  “imply that the Philippine Senate acknowledges the political persecution of opposition senators.”

“Contrarily, the recent resolution of Sen. Trillanes’ coup d’etat case by the Makati RTC Branch 148 is proof enough that the judicial process works in our country, and that the separation of powers and the independence of the judiciary from the executive and legislative is evident and clear,”  he pointed out.

On Monday,  the court  denied  the  Department of Justice’s request for an arrest order  against  Trillanes, saying that the coup d’etat case has long  been dismissed already.

“Third, it is the Senate, not the House of Representatives, that is a member of the IPU, so I’m not sure where Speaker GMA (Arroyo’s initial) is coming from,” Lacson said.

Like Lacson, opposition Senator Risa  Hontiveros also  thumbed down Arroyo’s recommendation.
Hontiveros  said withdrawing from the IPU would mean a “virtual admission of guilt” on the part of the Duterte administration and would only confirm the IPU’s serious concerns about  the country’s “worsening human-rights record.”
If the  Philippines would  leave the IPU, then, Hontiveros said,  the country  would soon run out of intergovernmental bodies that it can be part of.  She cited as example the  Philippine’s withdrawal  from the International Criminal Court (ICC).
“Now, this. What’s next, we withdraw membership from the International Labor Organization (ILO), the Association of Southeast Asian Nations (Asean) or even the United Nations (UN)?”  Hontiveros asked.
“President Rodrigo Duterte cannot withdraw our country from the world. The Philippines is part of a global community joined by the shared respect for democracy, human rights and dignity,” she said.
“We cannot use our country’s sovereignty to mask the appalling climate of killing and impunity in the nation. We have an obligation to subject our public policies and even our leaders to international scrutiny, in the same way that we may hold accountable the actions of other nation-states,” the lady senator  added. /jpv