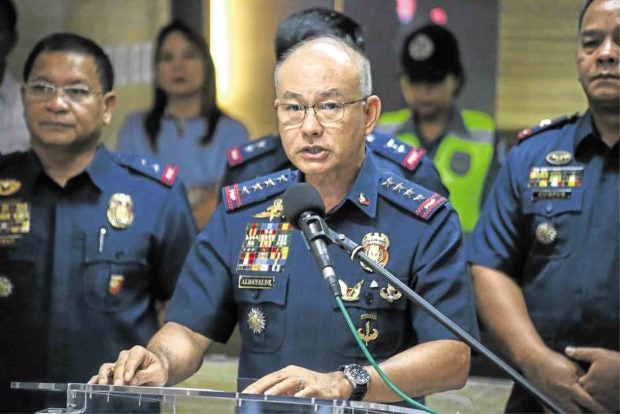 Albayalde disclosed this latest development as the PNP eyes the NPA participation behind the deadly shooting that killed nine farmers on Saturday, October 20.

He said the NPA uses legal fronts like NFSW to occupy lands and amass huge amount of money through illegal means.

Albayalde noted that the nine slain farmers were not legitimate tenants or tillers in Hacienda Nene where they were attacked. He also said that they were new recruits of the group.

“Isa pa pong kadahilanan iyan bakit nagalit ‘yung talagang mga lehitimong tillers doon [That is one of the reasons why the legitimate tillers there were angry at them],” he said.

Police Chief Supt. John Bulalacao, Regional Director of the PNP in Western Visayas, earlier said that investigators are looking at three angles surrounding the killing: the involvement of NPA, the land owner, or other land claimants.

He also later said that the alleged dispute of militiamen with the farmer’s group a few years ago could be a “fourth angle.”

Bulalacao noted that the core group of the NFSW, which transported the nine farmers, left the crime scene just minutes before the massacre, even though they knew that the area was “very critical.”

He also said there are conflicting statements of the core group members who said there were around 40 gunmen, while other witnesses told investigators that only five to seven assailants killed the farmers. /jpv