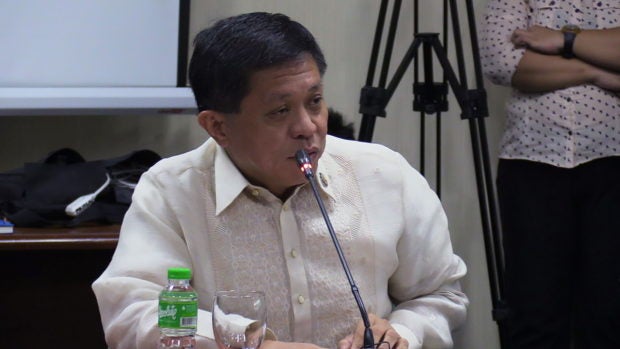 Opposition lawmakers in the House of Representatives rejected on Tuesday the suggestion of Speaker Gloria Macapagal-Arroyo for the Philippines to pull out of the Inter-Parliamentary Union (IPU).

Akbayan Rep. Tom Villarin said the suggestion for the Philippine Congress to withdraw membership from the Geneva-based organization of parliamentarians would be a “diplomatic disaster” and would “derogate our standing in international bodies.”

Villarin said the IPU had “valid criticisms against the Philippine government.”

Arroyo on Monday recommended the withdrawal of the Philippines’ membership to the IPU due to its alleged interference in the country’s judicial processes. Her call came after the IPU said it would probe the cases of detained-Sen. Leila de Lima and embattled-Sen. Antonio Trillanes IV.

Earlier in March, then-Senate President Aquilino “Koko” Pimentel III expressed dismay at the IPU’s insistence that the Senate to take a firm stance in favor of De Lima even after the Supreme Court had upheld her detention for drug charges.

He lamented that the IPU’s actions were tantamount to insulting Filipinos and not respecting our sovereignty.

“It’s inimical to our country’s best interests to shun away from such collective body where all are equal. Rather than stand up to say we can do better, it shrinks from responsibility like a spoiled brat. Shame!” Villarin added.

He also said responding to criticisms through threats of withdrawal from international bodies such as the United Nations, the International Criminal Court, and now the IPU would only make President Rodrigo Duterte and his allies “look even worse than they actually are in the eyes of the international community.”

Meanwhile, Bayan Muna Rep. Carlos Zarate defended the IPU, saying it was not interfering with the judicial processes of the Philippines.

“The IPU is not interfering with our country’s judicial processes but is merely voicing out its observations and recommendations on reported attacks against parliamentarians in our country,” he said in a statement.

“During the case of the Batasan 6 and even the Makabayan 4, the IPU has lent their voice for the welfare of progressive lawmakers. The IPU’S voice should not be silenced; instead, this should be welcomed by parliamentarians,” he added, expressing hopes that the Senate would not bow to the former president’s wishes.

ACT Teachers Rep. Antonio Tinio for his part said the IPU merely called out the House and Senate leadership “for their failure to uphold the independence of Congress and protect the rights of opposition Senators De Lima and Trillanes from politically-motivated charges aimed at silencing critics of the Duterte regime.”

“Non-intervention in domestic affairs cannot be invoked when basic rights recognized by the international community are being violated with impunity,” Tinio added.

The IPU also issued a resolution in March urging the  Senate to take steps in ensuring that De Lima fulfill her duties as a duly elected lawmaker by letting her participate in Senate deliberations. /cbb

READ: Philippine Senate urged, ‘act in solidarity’ with De Lima / IN THE KNOW: The Inter-Parliamentary Union