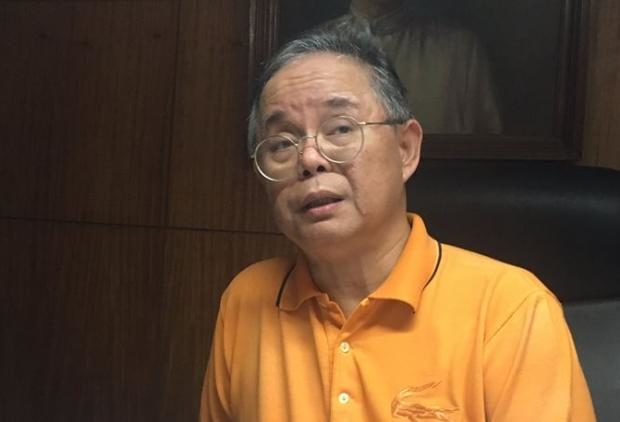 Who is that man who dared repudiate the claims of President Rodrigo Duterte?

Makati City Regional Trial Court Branch 148 Presiding Judge Andres B. Soriano contradicted the claim of Solicitor General Jose Calida and the President himself that Sen. Antonio Trillanes IV did not comply with the basic requirements to be granted amnesty – that is, file an application form and admit guilt.

In his order released Monday, Soriano said the government, through the Department of Justice (DOJ) failed to present enough evidence to support Trillanes’ noncompliance.

Soriano’s ruling was on the urgent motion filed by the DOJ last Sept. 4 asking the court to order the senator’s arrest, issue a hold departure order, and basically revive a case that had long been dismissed and attained finality on the basis of the Proclamation No. 572 issued by the President.

A day after the motion was filed, Soriano ordered Trillanes to respond and set the case for hearing on Sept. 13.

During the Sept. 13 hearing, the parties – Trillanes and government lawyer – submitted their respective pleadings.

The DOJ has a similar motion pending before Makati RTC Branch 150 Judge Elmo Alameda, who is handling the senator’s rebellion case arising from the 2007 Manila Peninsula siege.

Alameda ordered Trillanes’ arrest a day after all the parties submitted their pleadings. But the court allowed the senator to post bail of P200,000.

In the coup d’etat case, Soriano conducted another hearing last Oct. 5 to receive the evidence of both parties.

It took Soriano almost three weeks to issue his own resolution, basically a contrast to the ruling of Makati RTC Branch 150.

“[This case] requires study. This is not something that you just rule overnight. It is not as easy as that,” Soriano told reporters last month.

He said every case was unique and vowed that he would treat this case the way he had treated every other case.

Soriano has been the presiding judge of Makati RTC Branch 148 since April 2012, following the retirement of Judge Oscar Pimentel, who originally conducted the trial of the coup d’etat case.

Pimentel was ready with his more than 200-page decision on the coup d’etat case of Trillanes and the other Magdalo officers but the promulgation of the case was deferred when they were given amnesty. The government no longer appealed the decision thus it became final and executory.

Though he was not the original judge to handle the coup d’etat case, he was the one who convicted Army 1st Lt. Lawrence San Juan and 1st Lt. Rex Bolo in 2013. The two opted not to avail of the amnesty and fought the case to the end. They were eventually acquitted by the Court of Appeals, reversing Soriano.

Soriano was appointed in April 2012 by then President Benigno Aquino III. In 2010, he was one of the aspirants to the court administrator post that was vacated by now retired Supreme Court Associate Justice Jose Perez. It was Jose Midas Marquez who got the position.

In 2012 and 2014, he was nominated for a Sandiganbayan and Court of Appeals Associate Justice posts, respectively.

Prior to his appointment in Makati, Soriano served as Malolos RTC judge, starting in 1998. He also taught law at the Bulacan State University from 2002 to 2004 and at the San Beda College of Law in 2006.

He graduated from Ateneo School of Law in 1993 and was admitted to the bar a year later. He is only 62 years old with eight more years to serve in the judiciary. /atm