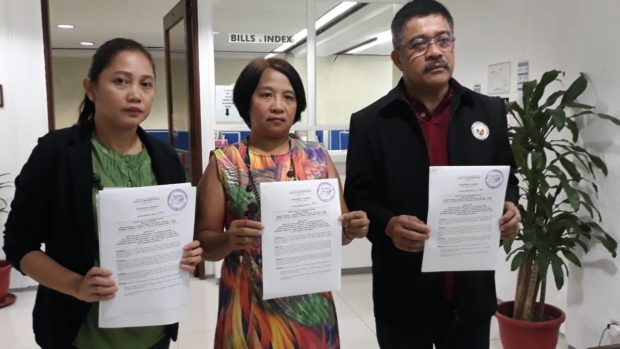 PHOTO from the House Makabayan bloc

Progressive lawmakers from the House of Representatives have sought an inquiry into the brutal massacre of nine sugarcane workers, including two minors and four women, in Sagay City, Negros Occidental last Saturday night.

The resolution directs the House committees on agrarian reform and human rights to conduct a joint probe into the “Sagay 9 massacre.”

The lawmakers noted in the resolution that in the morning of Oct. 20, farm workers under the National Federation of Sugar Workers (NFSW) in Hacienda Nene, Purok Pine Tree, Barangay Bulanon, Sagay City, entered the hacienda to cultivate the land.

By 9:00 p.m., unidentified men opened fire at the farm hut where the nine farm workers were resting, the NFSW said.

Western Visayas police director Chief Insp. John Bulalacao has blamed the attack on communist New People’s Army (NPA), but the Makabayan bloc earlier said the military and militia forces could be responsible for the killings.