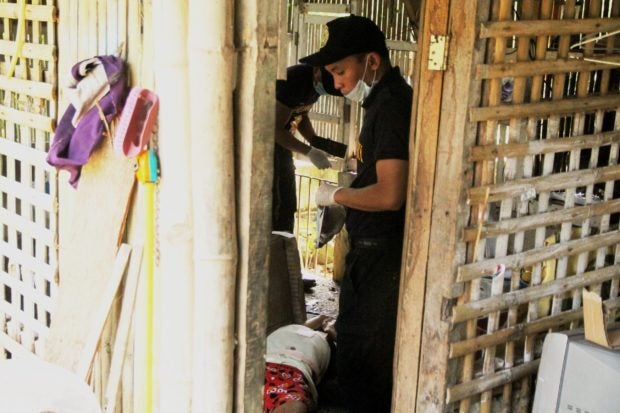 Members of the Scene of the Crime Operatives process the crime scene where Rodrigo Pepito, a drug surrenderer, succumbed to a gunshot wound after he allegedly put up a fight with the police. INQUIRER photo / Robert Dejon

ORMOC CITY—A drug surrenderer was shot dead by policemen in what they claimed was a shootout following a buy bust operation at Sitio Lunas, Barangay Can-untog here on Friday morning.

Parangan said a police backup was forced to shoot at Pepito after he pointed a .38-caliber pistol at the undercover policeman and pulled the trigger thrice but the gun didn’t fire.

Recovered from the suspect was a small plastic sachet containing white substance suspected to be shabu bought by the poseur buyer for P500.