‘I will certainly kill you,’ Duterte warns illegal drug importers 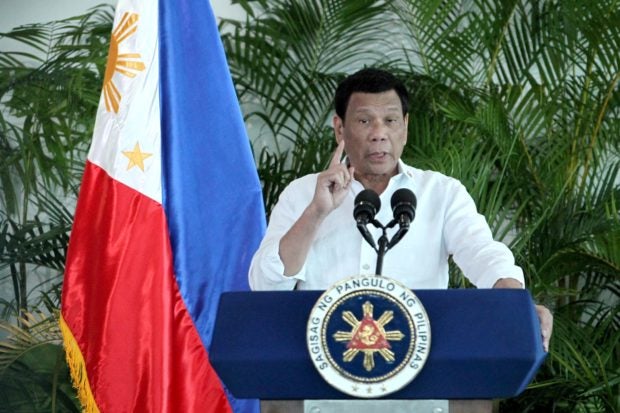 DAVAO CITY – President Rodrigo Duterte on Friday threatened to kill drug smugglers, saying he would not care about human rights groups and other critics of his crackdown on illegal drugs.

In a speech during the inauguration of a shopping complex here, Mr. Duterte said the government had completely wiped out domestic drug laboratories in the country, and that drugs that remained in circulation nationwide were only those which were imported from the so-called Bamboo Triad in Southeast Asia and Mexico.

“You druggists, especially those importers, I will certainly kill you. I told you before, do not destroy my country,” Duterte said.

On why most of those killed in his administration’s war on drugs belonged to the poor, the 73-year old Chief Executive explained it is because crystal meth or shabu is basically the drug of choice of poor people, who also comprise majority of the addicts in the country.

“If you’re into drugs, I’ll really kill you. Human rights? I don’t give a sh–,” Mr. Duterte said. “If we don’t have law and order in this country, we would be going nowhere.”