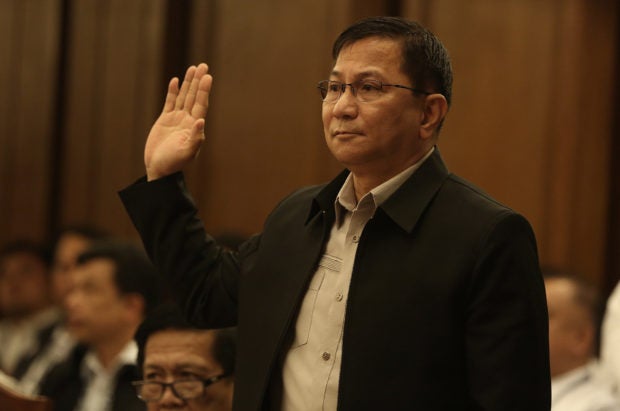 Philippine Drug Enforcement Agency (PDEA) Director General Aaron Aquino said Friday he will never pursue on the idea of surprise drug tests for election candidates because it is “unconstitutional.”

This even if he earlier raised the idea of a surprise drug test for politicians to prevent them from preparing for it by refraining from illegal drug use to obtain a negative result.

In a text message to INQUIRER.net, the PDEA chief said: “It was done in 2004 and 2007 elections where mandatory drug testing is required for candidates of public office. But it’s unconstitutional as declared by the Supreme Court in 2008. So, I will never pursue on that idea.”

Aquino was referring to a Supreme Court ruling that declared provisions of Section 36 of Republic Act No. 9165 or the Comprehensive Dangerous Drugs Act of 2002 unconstitutional. This part of the law requires mandatory drug tests to all candidates vying for government posts and those facing criminal charges.

READ: Why drug testing is unconstitutional

According to petitioners, such stipulation of R.A. No. 9165 imposes additional qualification for candidates other than those already stated in the 1987 Constitution.

Section 3 of Article 6 of the 1987 Constitution has enumerated the requirements for an aspiring senator. Specifically, it says that “no person shall be a Senator unless he is a natural-born citizen of the Philippines and, on the day of the election, is at least thirty-five years of age, able to read and write, a registered voter, and a resident of the Philippines for not less than two years immediately preceding the day of the election.”

Presidential Spokesperson Salvador Panelo said such examination must be taken voluntarily and not forced on aspirants.  /kga