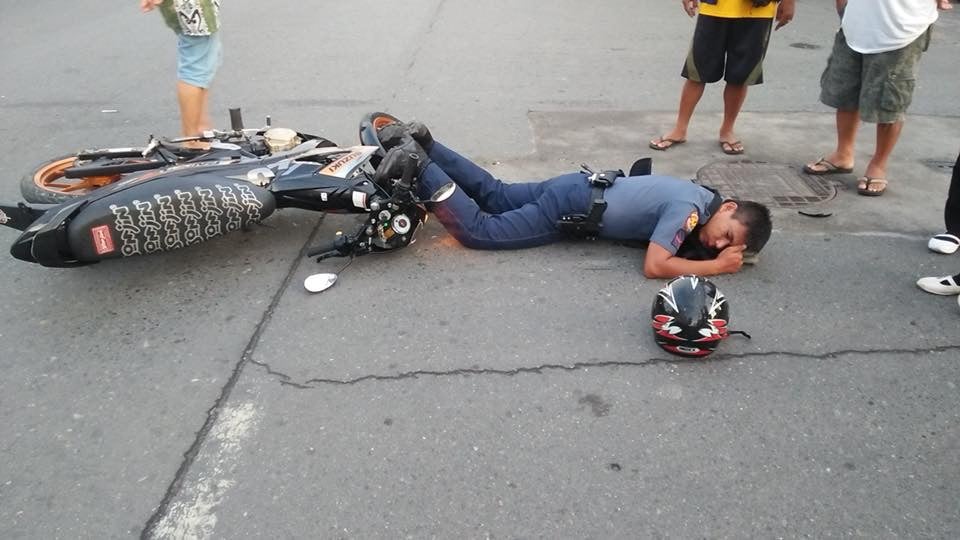 OLONGAPO CITY – A police officer was injured after his motorcycle was hit by a van at Barangay (village) East Tapinac here on Thursday morning (Oct. 18).

Police Officer 1 William Oximas Jr., 31, a resident of Barangay West Bajac Bajac, sustained multiple injuries after he was hit by the service shuttle of a company operating inside the Subic Bay Freeport Zone along Magsaysay Drive at 6:15 a.m.