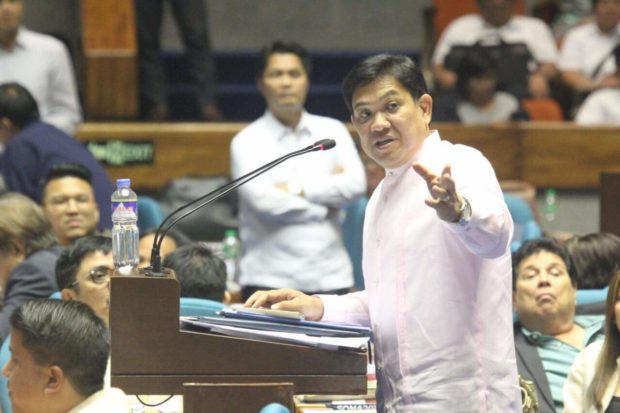 House Majority Leader Rolando Andaya Jr. on Wednesday said he escaped what police suspected to be a slay attempt by a lone gunman who sneaked up on him shortly after he filed his certificate of candidacy (COC) for governor of Camarines Sur.

This happened inside the Capitol Complex of Camarines Sur in Pili town after he filed his COC at the local Commission on Elections (Comelec) office at about 2:30 p.m. Tuesday, Andaya said in a press statement.

Andaya said the suspected gunman – identified as Ray John Musa, 26, and a member of the Capitol Complex Security Unit – was arrested and subsequently charged with attempted murder and violation of RA 10591, the Comprehensive Firearms and Ammunition Regulation Act.

Witnesses told police investigators that Musa was seen acting suspiciously when he mingled with Andaya’s supporters.

About 30 minutes after Andaya left the Comelec office, Musa reportedly approached him from behind and tried to pull out a firearm. The gun, however, fell to the ground, drawing the attention of Andaya’s companions.

The suspected assassin and his firearm were later turned-over to PO3 Renan Bongalon, he added.

Andaya suspects that the gunman was “acting on orders of powerful political figures in Camarines Sur who were threatened by his decision to run for governor.”