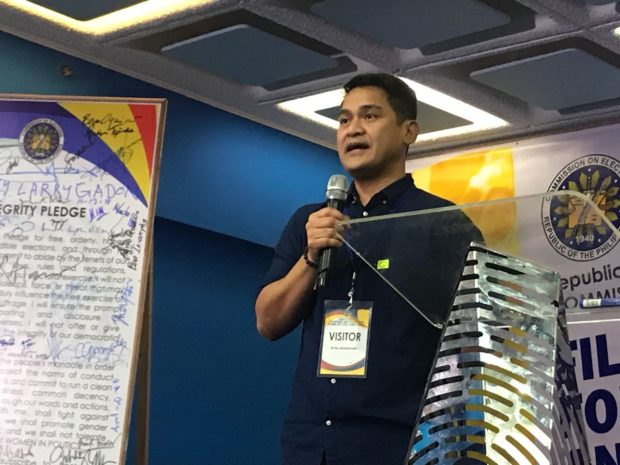 Former journalist Jiggy Manicad says he aims to fill the gap between media practice and government policies if elected to the Senate in 2019. INQUIRER.NET / CATHRINE GONZALES

As a former journalist, Jiggy Manicad aims to fill the gap between media coverage and government policy actions if elected as senator.

Manicad on Wednesday said that as a journalist, he saw the limitations of media as a form of public service.

Manicad is running as an independent candidate.

He served as a reporter of GMA News for years and became a news anchor for one of the programs of the network. /cbb