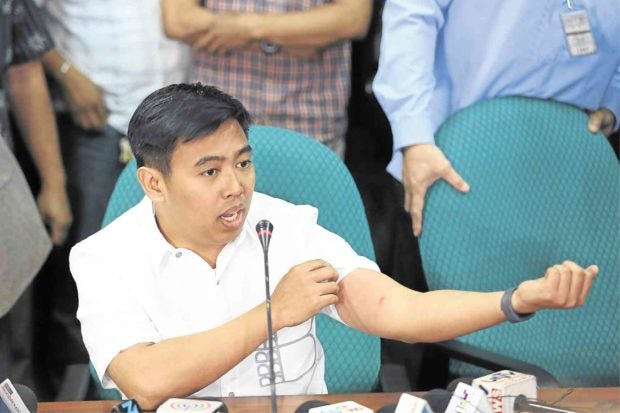 Former-Makati Mayor Junjun Binay filed his certificate of candidacy (COC) on Tuesday to run against his sister Abby Binay for Makati’s top post.

Binay will be running under the newly-formed local party, Una ang Makati (UAM).

Binay earlier said that he was inclined to run for mayor because of the strong clamor from Makati residents who “miss the Binay style of governance.”

He said 13 councilors and a majority of barangay officials had turned their back on Abby and pledged to support him.

“You have 13 councilors na umalis doon sa kapatid ko and majority of the barangay officials. Eighty percent umalis din and they’re pledging their support sa akin and now they’re requesting me to run again as the mayor of the city,” earlier said in an interview.

His sister, who is the incumbent mayor, has declared her intention to run for reelection.

Abby had yet to file her COC as of posting time.

Despite the younger Binay’s pending disqualification case over the controversial Makati parking building, Binay was able to file his COC before the Commission on Elections.

In 2015, The Ombudsman ordered the dismissal and perpetual disqualification from service of Binay, who was then Makati mayor, over the controversial Makati parking building.

However, the Court of Appeals ruled in May this year that the Ombudsman erred in dismissing Junjun and ordering his perpetual disqualification. /cbb