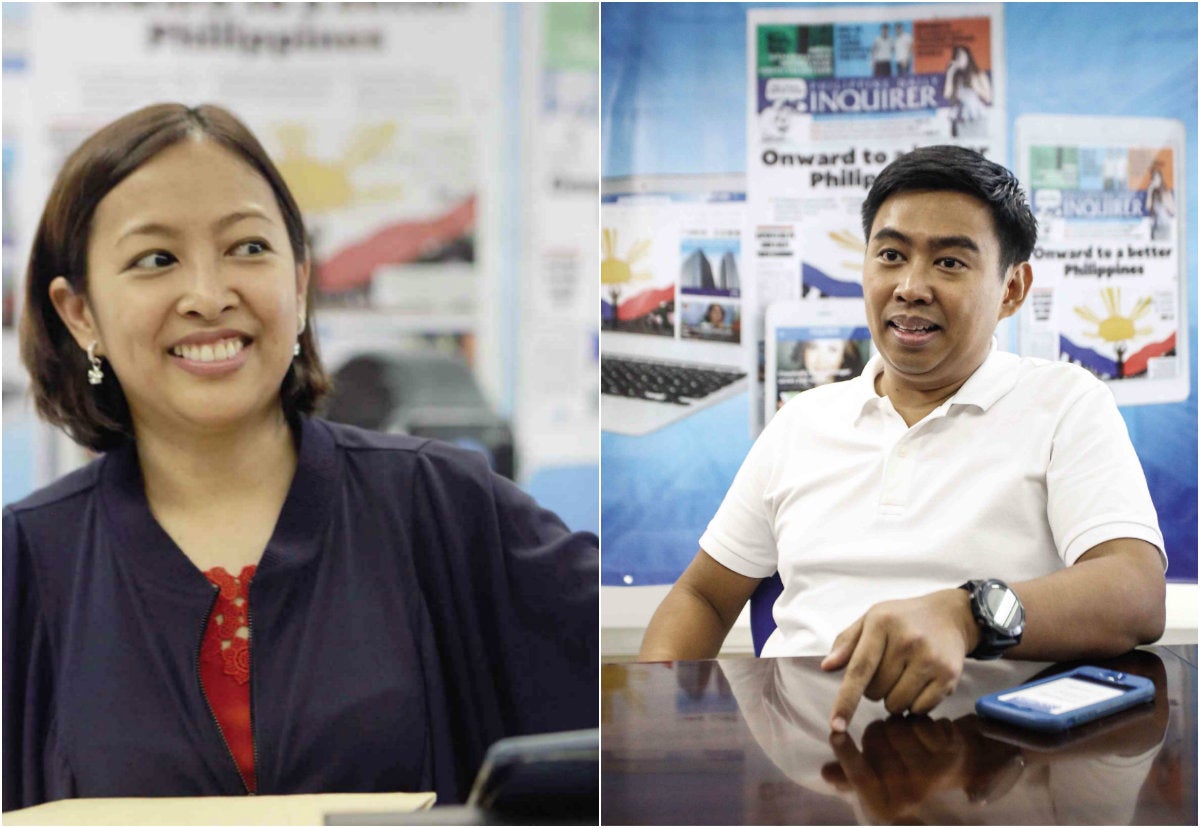 Unless one of the two siblings concedes to the other, a Binay versus Binay fight for Makati City’s top post in the May 2019 elections is already set in stone.

Mayor Abby Binay confirmed to the Inquirer on Friday that she would be running for reelection under the United Nationalist Alliance (UNA)  alongside her father, former Vice President Jejomar Binay, who would run for Makati first district representative.

Abby said she was “ready for anything,” even going head-to-head with her younger brother, former Mayor Junjun Binay. “I will run, regardless of who else is running for mayor. It’s a categorical statement that I am running.”

In a separate interview on Thursday, Junjun announced he was “really inclined to run for mayor because of the strong clamor for me to go back.”

While both siblings said they would wait for their parents to return home today to discuss and finally settle the issue, Abby was certain it was she who would get their father’s blessings.

“As far as I’m concerned, there is no longer room for discussion,” she said, showing a certification of nomination and acceptance (Cona) signed by their father on Sept. 27, the day their parents flew to Italy for a pilgrimage.

“This means that I am the party candidate for mayor of Makati of UNA as signed by the chairman. Does he (Junjun) have his Cona yet?,” she said.

Abby just laughed when asked what she would do if their father retracted his decision and supported her brother. “I think it’s a little too late for my dad to do that because he signed [the Cona] under oath. Unless he issues another one, in which case we will be both candidates of UNA,” she said.

Under election rules, if a political party nominates more than one candidate for the same position, all the nominations for that post “shall be denied by the Commission on Elections (Comelec) and they shall all be declared independent.”

But Junjun said he would wait for his father’s return “and he may be enlightened when he learns that I have the numbers.”

The younger Binay appealed to his sister to “give way this time, just as I gave way for her last election.”

According to Junjun, there was a family “agreement” that Abby would only serve one term as mayor.

Abby was surprised, saying that it was her first time to hear about it.

“It is news to me. I don’t remember anything … no one even reminded me of that. Even my dad doesn’t even say that,” she said.

“If I only knew that I would serve as a bench warmer or just a dummy, I would not have run at all,” Abby added.

On Tuesday, 13 out of the 18 councilors, as well as the officials of 21 out of the 33 barangays in the city announced their withdrawal of support for the mayor, and called on Junjun to reclaim the position from his sister.

In a statement, the officials called Abby “heartless” and “insensitive” to the needs of the city’s marginalized sectors, including the senior citizens and street vendors.

“The councilors asked me to listen to the feel on the ground because there was dissatisfaction,” Junjun said, adding that Makati residents “really miss the Binay brand of leadership” that he and his father espoused.

For Junjun, a Binay leader is one who “interacts with people on the street, goes around even in a T-shirt and slippers, embraces ordinary folks and is easy to approach any time of the day.”

“These have never been done by my sister. She has not done what I and our father did that we are so loved by the people of Makati,” he said, noting how he was able to get 83 percent of the total votes when he ran in 2013 against Kid Peña. (Abby won again against Peña in the 2016 polls with 52 percent of the votes.)

Junjun told his sister: “You are not merely running the City Hall.”

The mayor shot back: “How can I have projects if I do not know what the Makati residents want? I cannot do that without going down [to] the people.”

She said it was during her term that City Hall services were extended to the barangays through satellite offices and village caravans.

If she did not show enough of the “Binay brand” of service, it would be their father who should be complaining to her, she said. “But why is our father the one supporting me [in the elections]?”

Questions have been raised on whether Junjun could even run again for public office in view of the corruption charges still pending against him in connection with the construction of the Makati City Hall parking building.

Former Comelec Chair Sixto Brillantes, his legal counsel, on Friday said that there was no ground to disqualify him from running in the midterm polls since no court has rendered a final judgment perpetually barring the former mayor from seeking public office.

“The rule is, even in Comelec’s Question [No.] 22, the judgment should be final and executory. In his case, it’s not yet final so there’s no disqualification to speak of,” Brillantes said.

Under Question 22 on the certificate of candidacy, aspirants are asked whether they were ever found liable for an offense carrying a penalty of perpetual disqualification that was final and executory.

Two years ago, the Office of the Ombudsman barred Junjun from running for public office due to his alleged role in the overpriced P2.3-billion Makati City Hall Parking Building II. However, in May this year, the Court of Appeals reversed the decision, citing the condonation doctrine.

At the Comelec office where he accompanied his eldest sister, Sen. Nancy Binay, who filed her candidacy papers for reelection, Junjun said he hasn’t seen Abby since July.

“The last time we spoke was during my birthday, July 12,” he said.

Junjun said he accompanied Senator Binay because there was no one in the family available to go with her.

He said he was hopeful that when their parents return “we would be able to talk about what direction the family will take,” referring to his dispute with Abby.

“Of course my dad isn’t here, so it would be difficult to make a move without again talking,” he said.

Both siblings wanted to peacefully resolve their conflict.

Junjun said it would all be better if Abby just left City Hall. “Her style is more for Congress and not for mayor,” he said.

That was unacceptable to Abby. “Why is he telling me what I can and cannot do? That’s unfair,” she said.

Asked if it was possible for one of them to run as the other’s vice mayor, Abby said that was unpalatable.

“I find it unappealing that two siblings will be sitting at the topmost posts at the City Hall. It leaves a bad taste in the mouth,” she said.

Abby believes she will win against anyone. “I don’t want to be overconfident, but we always base on data. Our surveys say I will overwhelmingly win, regardless of scenario,” she said.

According to a commissioned survey by pollster Pulse Asia in August, she would win 69 percent of the votes if she ran against Junjun. She would still win with 67 percent of the votes against Ricky Yabut, son of former Makati Mayor Nemesio Yabut,  and by   65 percent against former acting Mayor Kid Peña. —WITH REPORTS FROM JOVIC YEE AND FAYE ORELLANA