Abby Binay firm on Makati mayoral run: ‘I have my father’s blessing’ 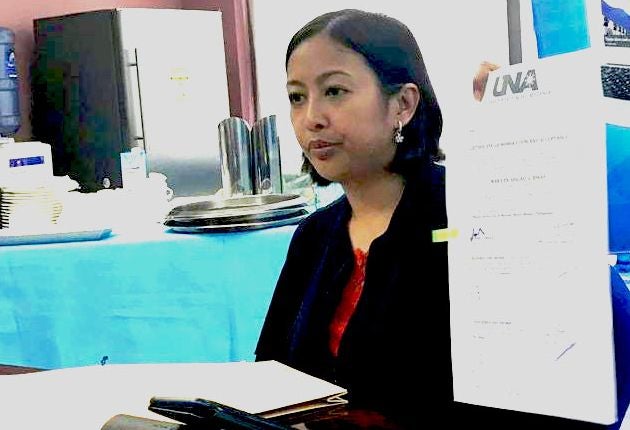 Makati Mayor Abigail “Abby” Binay shows to Inquirer staff her certificate of nomination and acceptance (Cona) under the United Nationalist Alliance that was signed by her father Jejomar. PHOTO/Consuelo Marquez , INQUIRER.net

Abigail “Abby” Binay maintained on Friday that she would run for the city’s mayoral race in the 2019 elections because she received a blessing from her father, Jejomar Binay.

Abby said that her father signed her certificate of nomination and acceptance (Cona) under the United Nationalist Alliance (UNA) last Sept. 27 before the former vice president left for a pilgrimage.

“As far as I am concerned and as far as my father is concerned there is no longer more room for discussion simply because my father already signed my Cona,” Abby said in an interview with Inquirer.

“This was signed on September 27. This was the day before he left. He left in 28,” she added while showing her Cona to the reporters.

Cona is a document submitted by candidates with their certificate of candidacy (COC) at the Commission on Elections (Comelec). Failure to file the Cona would declare them as an independent.

The incumbent Makati Mayor stressed that his father would not change his mind as the document was already signed by him.

“I think it is too late for my dad to take back his word considering he has already be signed by it cannot be withdrawn,” she said.

Abby, who is possibly running against her brother, Jejomar “Junjun” Binay Jr., said that they would both run independently if her father decides to issue another certificate for Junjun.

“Unless he issues another one in which case we will be both UNA candidates one of us will be independent if the party endorses two candidates for the position then both candidates will become independents,” she said.

Under the Comelec rules and regulations on nominations, no duly registered political party of a coalition would be allowed to “nominate more than the number of candidates required to be voted for in a particular elective position.”

If the political party or coalition has more than one candidate, all nominations on the particular position “shall be denied by the Commission and they shall be declared independent candidates.”

Abby also said that she was considering to file her COC on Oct. 17.

Abby was elected as Makati City Mayor in 2016. She replaced Junjun, who was suspended in 2015 by the Office of the Ombudsman due to the investigation of the new Makati Science High School Building. The case was then dismissed in 2016.