Son arrested for throwing sausages at his mother 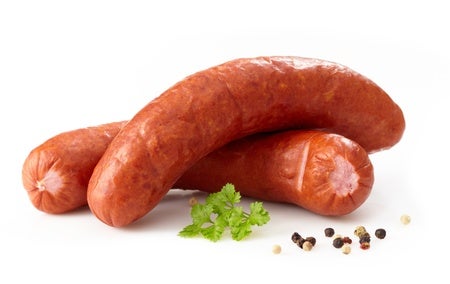 A 22-year-old man in Florida, United States was jailed and charged with misdemeanor domestic battery for attacking his 41-year-old mother with sausages and putting his hands on her neck after she allegedly bumped him while he was eating in the kitchen.

Hermes Callijas-Gasperin is currently being held at the Manatee County jail on a $750 (around P40,500) bond, as reported by The Smoking Gun on Thursday, Oct. 11. He has also been ordered to stay at least 500 feet away from his mother upon his release.

Callijas-Gasperin and his mother were in the kitchen when the incident happened, according to the victim. The suspect asked his mother to make him some food. The victim agreed but told him it will take some time as she was busy.

The victim said Callijas-Gasperin got angry at her reply and pelted her with sausages from a can. One of the sausages hit her in the right eye. He then placed his hands around her neck, although her airway was not obstructed. He also pushed her backward but she luckily did not fall over.

The suspect, however, told another tale to the authorities. Callijas-Gasperin recounted he was busy eating in the kitchen when his mother walked up to him and “bumped” him, as per report. He said he got mad at what happened and decided to attack his mother with the rest of his meal.

Callijas-Gasperin maintained he did nothing wrong. He asserted he would not have done what he did had his mother apologized for bumping him.

Apparently, it was not the first time Callijas-Gasperin was incarcerated, the report said. Earlier this year, he was charged with misdemeanor marijuana possession and resisting police charges after engaging in a physical confrontation with his stepfather, who saw him smoking marijuana on his front porch. Kate Matriano/JB

Woman let thieves enter home to steal from her ex-husband