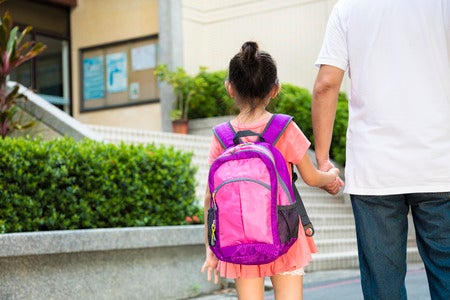 A four-year-old girl brought home crack cocaine from her daycare center in the Bronx, New York. When she was brought to the hospital, she tested positive for the drugs.

Sabrina Straker was taken by surprise when her daughter Serenity showed her two suspicious-looking capsules when she fetched her on Friday, Oct. 5, as reported by WPIX-TV last Tuesday, Oct. 9. Serenity told her mother that the capsules were given by a male classmate and supposedly contain his “teeth.”

“This can’t be what I think it is,” Straker said in the report. “How did this get in the daycare?”

Alarmed after learning her daughter put one of the capsules in her mouth, although Serenity spat it not long after, she immediately sought the help of the police. The narcotics division of the New York Police Department (NYPD) then ran a test on the capsules. True to her initial thought, the test revealed the capsules contained crack cocaine.

She brought Serenity to the nearest hospital at once, the report stated. Doctors confirmed that her daughter tested positive for the drugs.

Yvette Joseph, the director at the Little Investors Day Care, alleged someone threw the drugs over the daycare’s fence and it ended up in the hands of Serenity’s classmate. Joseph maintained that the children in the center were safe.

Straker, however, is pushing for the closure of the school. She was furious that no one noticed the children passing the capsules.

“No one was watching the children,” she stated in the report. “There are 15 kids in the room with two teachers and two aides, where were they when this was going on?”

The police have launched an investigation into the incident. They are also looking into the family of the male student who gave the capsules to Serenity. Kate Matriano/JB