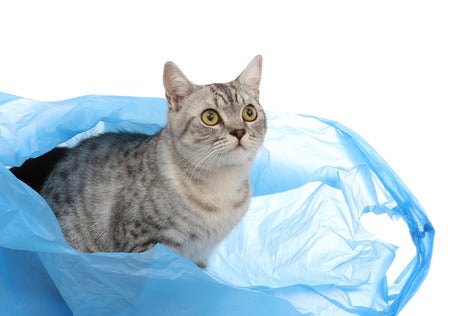 An unnamed cat’s owner in Bristol, United Kingdom was surprised when s/he found his/her cat sleeping beside a plastic bag of unidentified illegal drugs, found by the cat when it was roaming outside of their home last Sunday, Sept. 16.

The Ashley Police Team posted on Twitter yesterday, Sept. 17, a photo of said plastic bag which contained individually wrapped lilac and white-colored powders. The cat’s owner, upon seeing what his/her cat brought home, immediately called the police to report the incident and surrender the illegal substances.

Look what the cat dragged in 🐱
Great result in St Paul's when a resident's cat brought this in during the night! The owner got a bit of a shock but called us straight away!

If you are worried about drugs or crime in your area you can report anonymously @CrimestoppersUK pic.twitter.com/l8aEHsf8oa

“Forget police dogs, we should start training up cats,” they quipped. “Apparently the owner found this in the cat’s bed, with the feline curled up next to it!”

Forget police dogs, we should start training up cats 🐱👮‍♂️Apparently the owner found this in the cat's bed, with the feline curled up next to it! https://t.co/0r8i8LMlQD

In the comments section of that tweet, the Avon and Somerset Police said it suspects the plastic bag contained class A drugs.

Officers suspect it's class A drugs.

The police will not release information on the cat and its owner to ensure their safety, as reported by Sky News yesterday. No arrests have been made yet in relation to the plastic bag of illegal drugs, as of this writing. JB