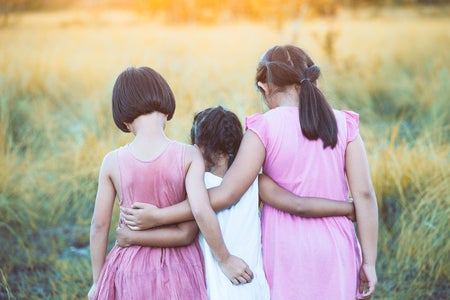 A former Chinese soldier was arrested and jailed for beating, starving and renting out his six children to shoplifting gangs in Henan province, China.

Liu Mingju’s six children, four boys and two girls (names withheld), aged one to 15, are now under the custody of Shangcheng county’s civil affairs authorities, as reported by Beijing Youth Daily via South China Morning Post on Tuesday, Oct. 9. His eldest child, a girl, will live with her grandparents while her five siblings will be sent to the local orphanage.

Liu’s abuse came to light after neighbors found his fourth child, a 4-year-old boy, tied to the bed in their home last August. The boy revealed that his father often bound and beat him and his siblings.

The 4-year-old also said he and his siblings lived on the streets, spending the nights sleeping inside paper boxes, the report said. Their neighbors added that Liu’s children only eat instant noodles since Liu never cooked for his children.

Liu was charged with abuse and was detained for only ten days as he had to look after his mentally disabled wife Li Shaoju. During his detention, he confessed that he had been renting his children to shoplifting gangs in exchange for 400 yuan (around P3,100) to 5,000 yuan (about P39,100) a year.

Criminal gangs take the children while they are still infants, teaching them how to shoplift. The gangs then keep the children, using them for criminal activities, until they are ages five and six.

Liu was happy that his children will be placed in the local orphanage, the report stated. He, however, hopes that the local government will continue to give the family the monthly living allowance of 252 yuan (around P1,900) per child. Kate Matriano/JB