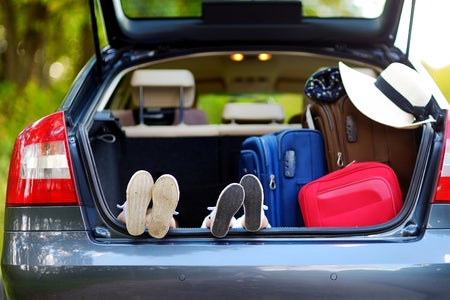 A 28-year-old father alleged he was conducting a “controlled social experiment” when he put his 2-year-old son inside the trunk of his car on Sept. 2, in Norridge, Illinois.

Boguslaw Matlak, who was arrested for child endangerment, recounted he saw an unidentified couple smoking in front of a seven or eight-year-old child inside a car, two weeks before, as reported by Chicago Tribune last Monday, Sept. 24. He was bothered by what he saw and decided to stage a “social experiment” to raise awareness and provoke people to help protect children.

Matlak, alongside his son, his son’s mother Laura Quijano and his friend Nicholas Johnson then staged the “social experiment.” His son will be “locked” inside the car’s trunk. To ensure his son’s “safety,” he had the rear seat pushed down so that the two-year-old could crawl to Quijano, who was in the car’s back seat.

During the first part of the “social experiment,” they received little response from the public. However, when they headed to Panera Bread in Harlem Avenue, three women called the Norridge police to report them.

Police obtained the car’s plate number and when Matlak returned to the establishment, he was positively identified by the witnesses, the report said. The authorities found no child safety seat inside Matlak’s car. The suspect reasoned he left the child seat with his son’s mother when he took the child home.

Matlak and Johnson told the publication they explained the rationale behind their “social experiment,” but the police did not believe them and arrested them on the spot.

“We expected people to understand what we did, but there was the police and then the arrest,” Johnson said in the report. “I was kind of shocked, like, ‘Why did this happen?’”

However, the police debunked their claims and said it was Quijano who said the incident was “part of a social experiment.” They said Matlak told officers during the time of the incident that he came back to the establishment because he was “hungry.”

“I want people to know we did this for a good purpose,” Matlak asserted in the report, saying the police would know his son was not harmed if they watched the video they filmed. “It wasn’t a joke; no one was laughing. The whole reason was for a good purpose, but now it seems like I’m a very bad guy.”

While Matlak was apprehended by the authorities, Quijano temporarily lost custody of their son who “appeared to be fine and unharmed” when he was removed from their home, the report stated. Her son now resides with a relative. They are allowed to visit their son but they are not allowed to take him home with them.

Matlak will be tried for the child endangerment charge at Cook County Circuit Court on Sept. 28. Kate Matriano/JB