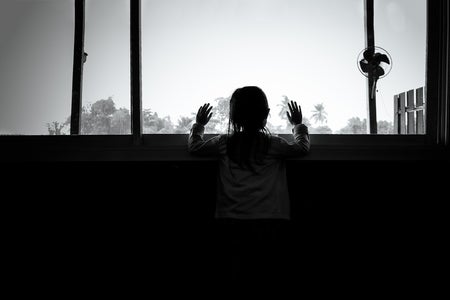 An unnamed little girl in Wales, United Kingdom managed to sustain herself for up to four days by eating bread and butter, after her mother committed suicide.

South Wales Police found the unkempt 3-year-old at home on April 7, as reported by Wales Online yesterday, Sept. 5. They went to the property and discovered the body of Aimee Louis Evans, the little girl’s mother, who died by hanging.

Police-constable Clive Morris said at the incident’s inquest yesterday that the little girl survived by eating bread loaves and butter. She was later taken to the nearest hospital and checked by a pediatrician, the report stated.

Evans’ son was with his father during the time of the unfortunate incident.

Evans last visited her mother, Julie, on April 3. She was not drunk, as per report, although she had been drinking and was looking into the Facebook account of the guy she was occasionally dating.

She last contacted Julie on April 4, asking her mother to collect the little girl because she was “ending it.”

“Her mum said Aimee was a happy, outgoing individual that showed no signs of depression,” Morris stated in the report. “She said her children were always well cared for – that they were always clean, tidy, and well looked after.”

Evans has no history of mental health problems. However, she was subjected to domestic violence by her previous partners. The post-mortem examination confirmed that she died of ligature strangulation. The toxicology report also found she has taken in more than the legal drink-drive limit in the U.K.

“Aimee was a fun-loving girl who had the biggest heart – she would go out of her way to help anyone and often wore her heart on her sleeve,” Charlene Coulter, another friend of Evans’, told the publication. “She always made time for her close friends and loved nothing more than having a get together.”

“Aimee’s passing left a massive gap in our lives – she had so much to live for, “ Coulter continued. “I really wish she would have picked up the phone and confided in one of her friends as we would have been there in a second. Aimee will never be forgotten by any of us – we love and miss her dearly.” Kate Matriano/JB

The Department of Health has opened a hotline, named Hopeline, for those going through depression or other mental health issues.