De Lima on Trillanes arrest: ‘These are not ordinary times’ 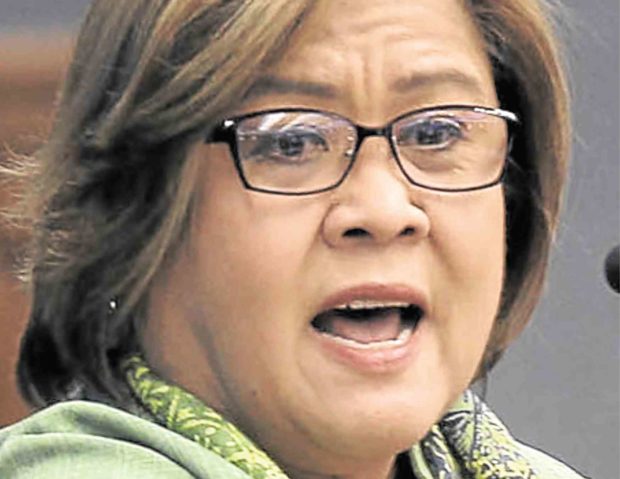 For detained Senator Leila de Lima, the country is currently in extraordinary times.

“Resurrecting” a dead case with the issuance of an arrest order against Senator Antonio Trillanes IV is “extremely unusual” as it does not reflect “ordinary times,” according to De Lima, also a fierce critic of President Rodrigo Duterte.

“In ordinary times, the decision of the Makati Regional Trial Court resurrecting the rebellion case of Senator Antonio Trillanes IV would be unusual, extremely unusual. But these are not ordinary times,” De Lima said in a dispatch from Camp Crame, Quezon City, on Wednesday.

“In ordinary times, bringing back to life dead cases would be unheard of. The legal principles of finality of judgments, res judicata, and – in the case of criminal cases – double jeopardy, are supposed to make sure of that. No judge can change a judgment once it becomes final. As a general principle, old cases are never resurrected and brought back to life,” she also explained said.

Merriam Webster Dictionary defined res judicata as the matter already decided by the court. Double jeopardy means a constitutional prohibition against subjecting a person to a trial for the same offense, which was already dismissed.

De Lima also expressed fear that the legal system would lose its identity with the abrogation of Trillanes’ amnesty.

Trillanes yielded to police on Tuesday afternoon after Makati Regional Trial Court Branch 150 ordered his arrest for rebellion in relation with the 2007 Manila Peninsula siege. Trillanes posted a bail of P200,000 for his temporary freedom.

De Lima has been detained in Camp Crame since February 2017 over drug-related charges.  /kga