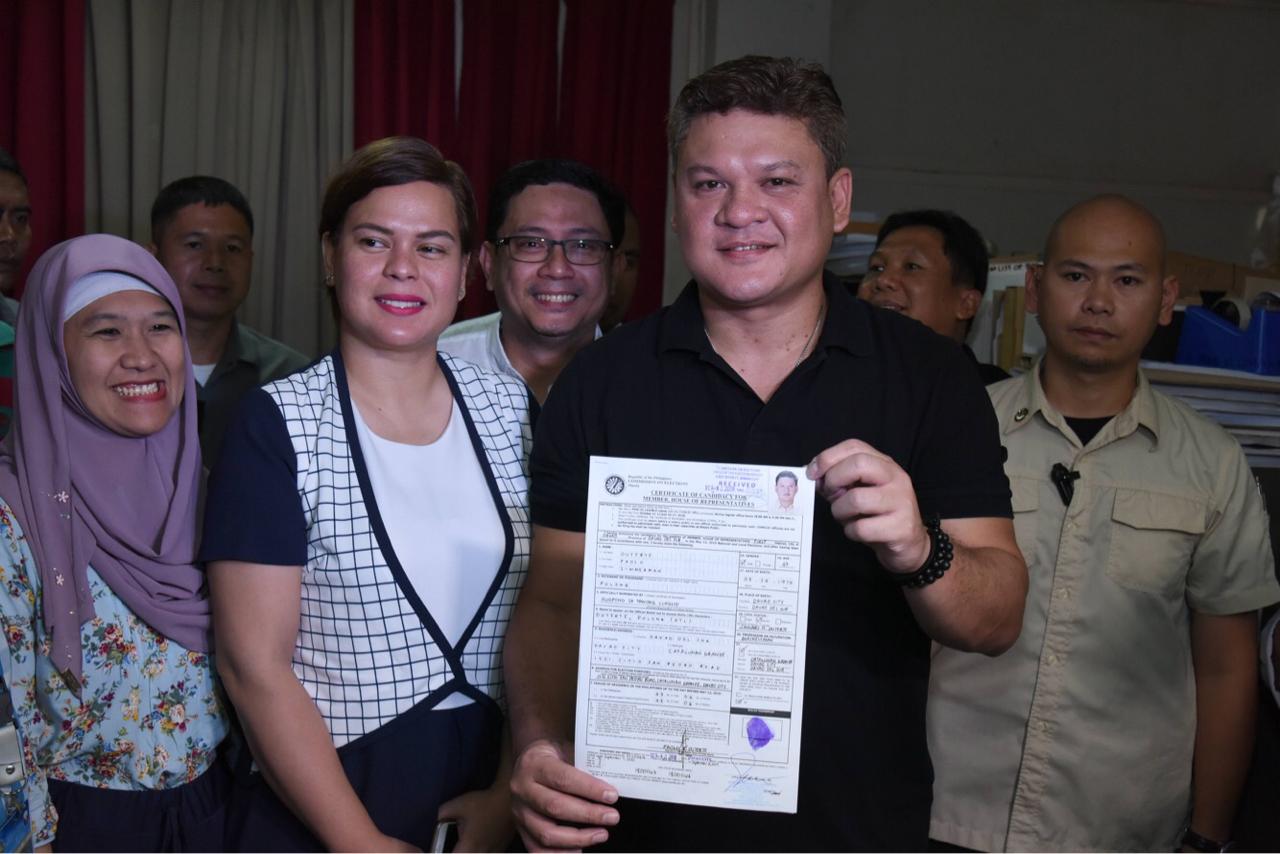 Photo from Office of Paolo Duterte

Duterte was accompanied by his sister, Davao City Mayor Sara Duterte Carpio, when he filed his COC at the local Commission on Elections office on Friday.

Duterte is still under investigation for graft and four other cases at the Ombudsman.

READ: Morales: Paolo Duterte is under probe for various complaints

He resigned December last year, citing his failed marriage with his first wife and his alleged involvement in the 6.4-billion worth of shabu from China through Bureau of Customs. /je