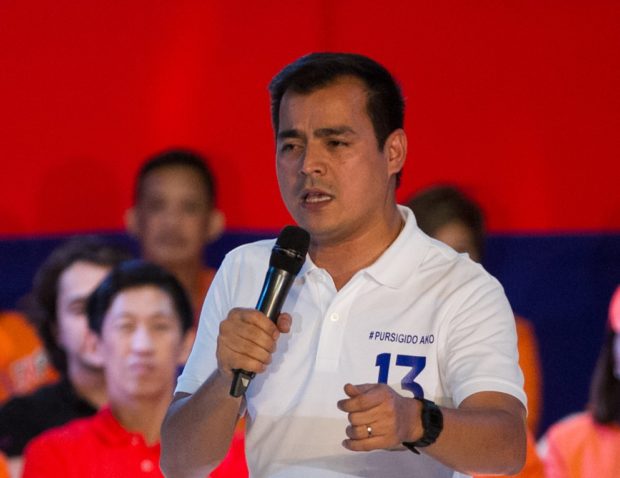 Francisco “Isko Moreno” Domagoso will join the mayoralty race  and has submitted his resignation as Undersecretary of the Department of Social Welfare and Development (DSWD) to President Rodrigo Duterte on Thursday.

In a handwritten letter sent to the Palace, Domagoso told President Duterte that the citizens of Manila needed a young mayor to lead them.

“Panahon na rin po siguro upang magkaroon ng batang mayor ang lungsod ng Maynila, (I think it is time to have a young mayor in the city of Manila.)” he said.

(My beloved President, please excuse my quitting from my post. Even though I would like to stay in the position that you assigned, I could not abide by the current happenings, situation, and abuse to the citizens of Manila.)

He then said he would run for office to serve the citizens of Manila, noting that he gained a position in the public office because of them.

(I owe so much to the people of Manila because if it were not for them, I wouldn’t be known in the world of public service. That’s why I’m turning my attention to the call of my fellow citizens of Manila.)

“Panahon na rin po siguro upang magkaroon ng batang mayor ang lungsod ng Maynila, (I think it is time to have a young mayor in the city of Manila.)” he added.

Domagoso, former vice mayor of Manila, was appointed by Duterte on May 8. /je 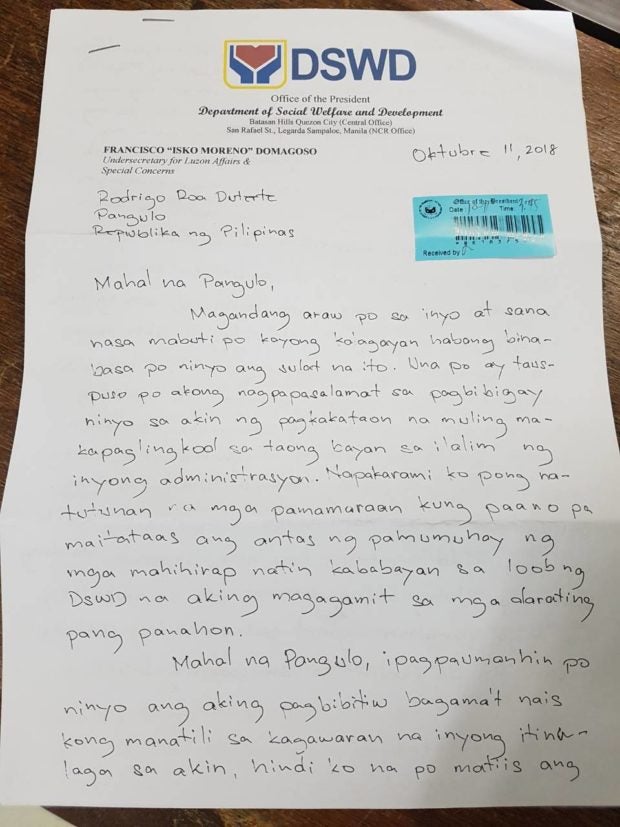 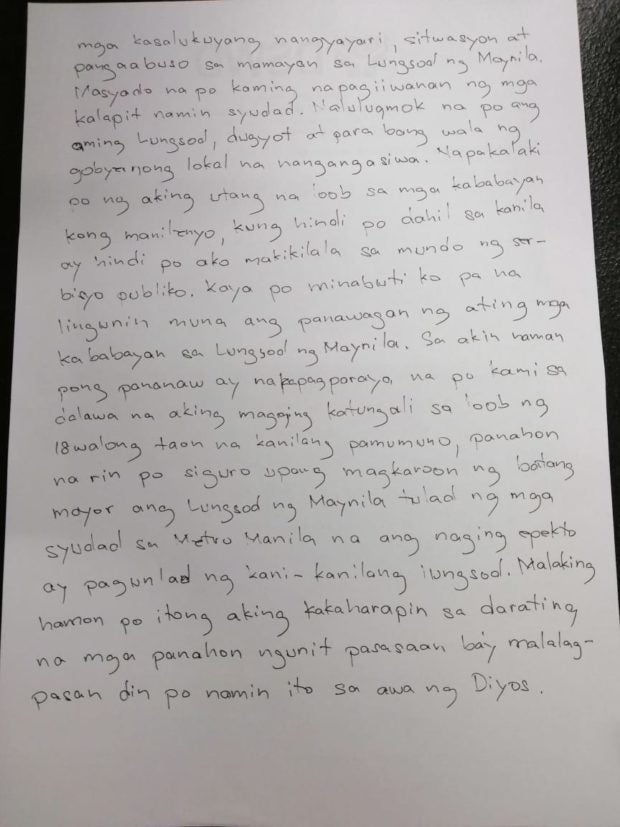 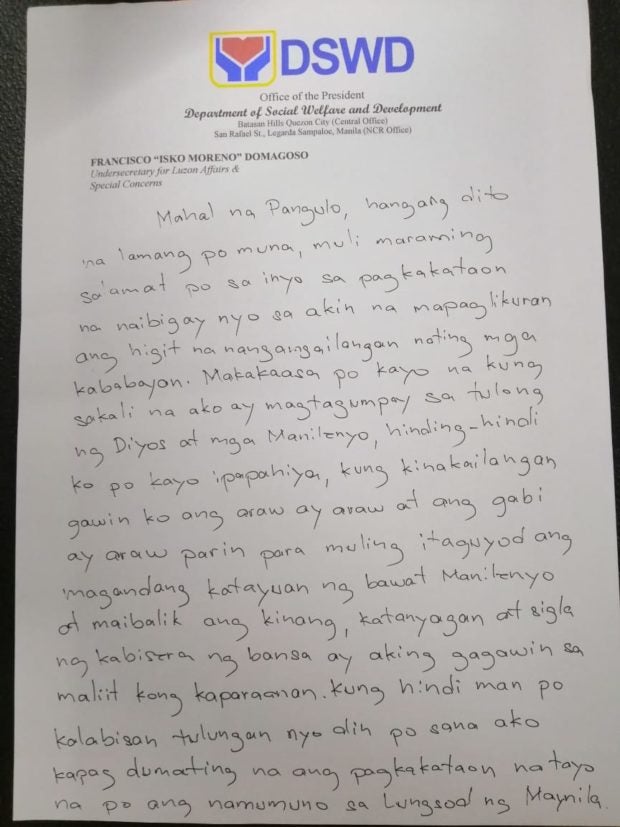 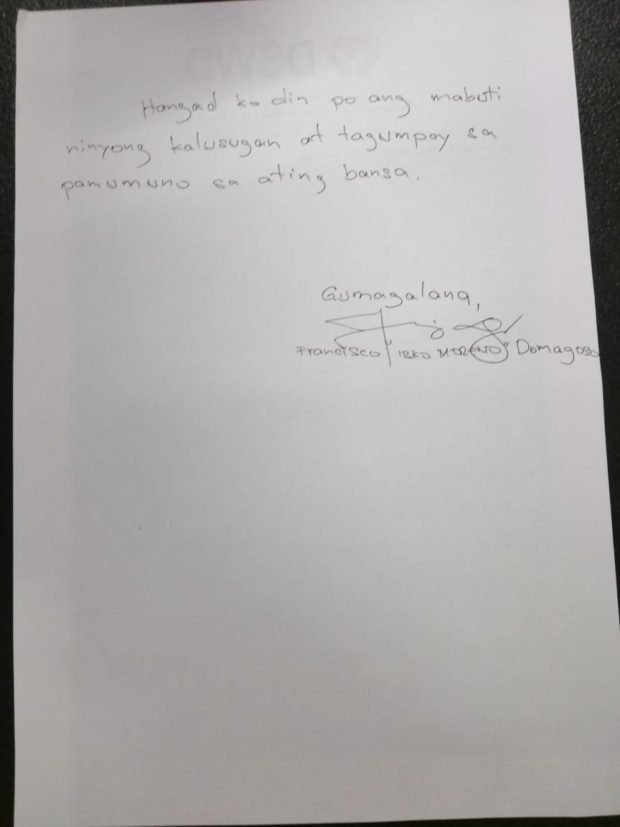