1 of 5 suspects in killing of La Union mayor caught 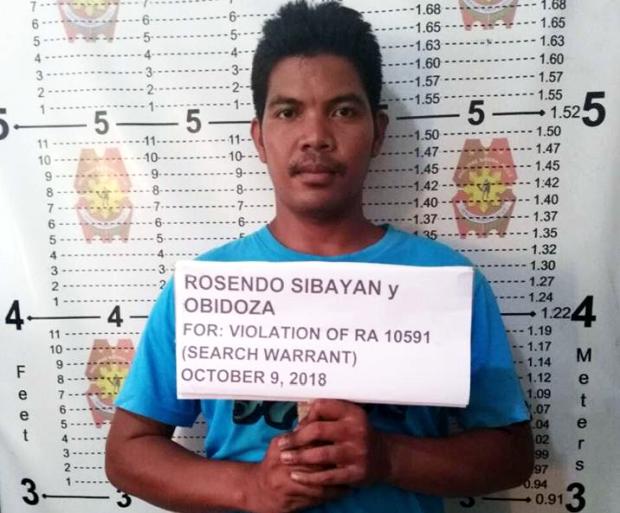 Suspect Rosendo Sibayan was nabbed at his house in Balaoan town in La Union on Tuesday, Oct. 9, 2018. (Contributed photo)

DAGUPAN CITY — The alleged gunman who was part of a group that ambushed Sudipen town Mayor Alexander Buquing of La Union province has been arrested, police said on Wednesday, Oct. 10.

Rosendo Obidoza Sibayan, 29, was nabbed in a raid at his house on Tuesday, Oct. 9, in Barangay Butubut Norte in Balaoan town in La Union.

Confiscated during the raid were six bullets and a spent cartridge for a 5.56-mm M16 rifle, the same type of bullets that investigators found at the crime scene where Buquing was killed as his vehicle traversed Barangay Cadapli in Bangar town in La Union at about 6:40 p.m on Oct. 1.

Sibayan was the triggerman in a group of five suspects, police said.

Senior Supt. Ricardo Layug Jr., director of the La Union Police Provincial Office, said a task force formed to investigate the case was doubling its efforts in locating the remaining four suspects in the killing.

Sibayan, also known as “Tukak,” had been previously charged with frustrated murder and murder, which were eventually dismissed.

In 2009, he was found guilty of homicide but was granted probation.

He was linked to gun-running activities in La Union.

Sibayan will be charged with murder and with violations of the firearms and ammunition law.