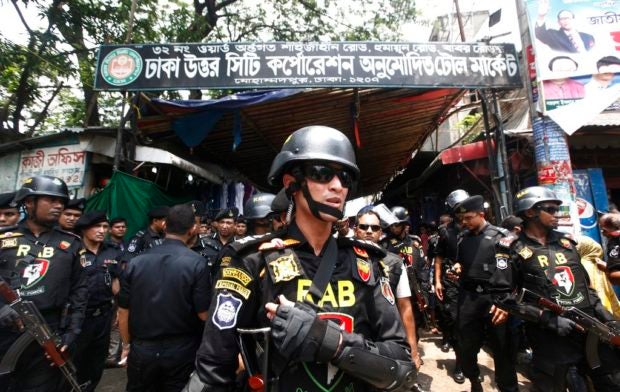 DHAKA, Bangladesh — Bangladesh’s Cabinet has approved a draft law proposing the death penalty for drug offenses months into an anti-drug crackdown in which hundreds have been fatally shot by police.

Approval to the draft that came Monday needs to go through a number of procedures in parliament, but the go-ahead is a step toward harsher penalties for drug sellers and users in a country in which rights groups say there are a high number of extrajudicial killings and arbitrary arrests.

The draft of the Narcotics Control Act mainly focuses on use and carrying of methamphetamine, known locally as “yaba” and popular among young people.

Prime Minister Sheikh Hasina led Monday’s Cabinet meeting to approve the draft, which will be placed in parliament as a bill. It would then go to the country’s figurehead president for his signature to turn it into law.

Since May, when the crackdown began across the country, security officials have conducted many raids and killed nearly 200 people, mostly in “shootouts” or so-called “crossfires” as described by security agencies. But human rights groups said that most were targeted killings to break the network of drug dealers, especially of yaba. The government said the drive gained popularity, as local media reports said the spread of “yaba” was pervasive in the country.

Bangladesh does not produce the drug and blames Myanmar for setting up factories across the border. /ee