Other mutineers’ cases up to Duterte, but Trillanes a priority – DOJ chief | Inquirer News

Other mutineers’ cases up to Duterte, but Trillanes a priority – DOJ chief 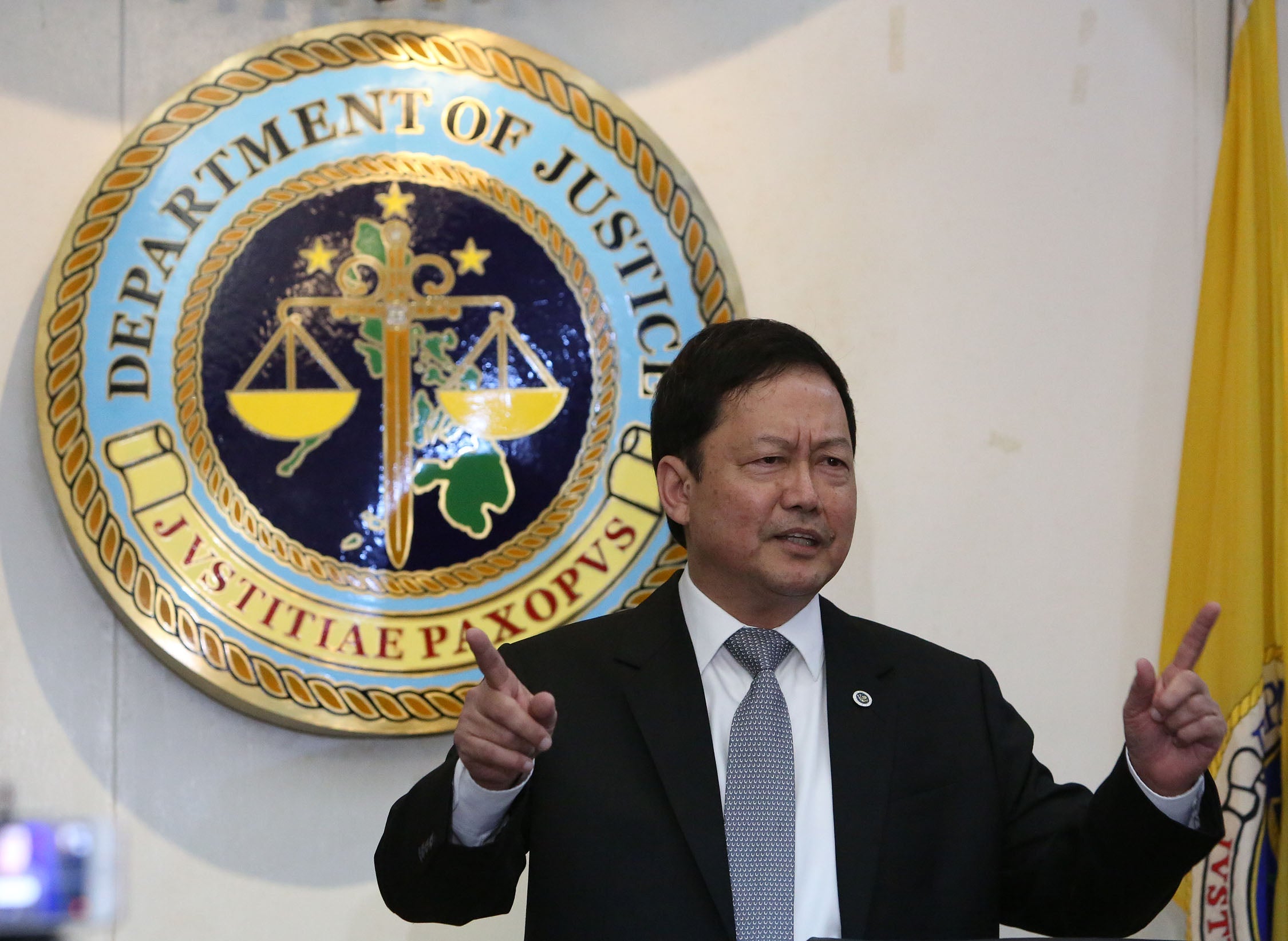 A day after the military revealed that the amnesty records of some 276 other mutineers are missing, Justice Secretary Menardo Guevarra on Saturday said the government would prioritize the case involving the voiding by President Rodrigo Duterte of the presidential pardon given to Sen. Antonio Trillanes IV in 2012.

Guevarra said he would leave it up to the President to decide what to do with the other former mutineers, who also faced the revocation of their amnesty.

“For now, the focus is on Senator Trillanes’ amnesty grant. It is up to the President what he wants to do with the grant of amnesty to other individuals,” Guevarra said in a brief statement.

Department of National Defense (DND) officials on Friday told a Makati Regional Trial Court (RTC) hearing that Trillanes’ revived coup d’état case that all records related to the amnesty given to the senator and 276 other mutinous military officers covered by Proclamation No. 75 of President Benigno Aquino III were missing.

The records included minutes of deliberations and transcripts of stenographic notes.

Norman Daanoy, chief of legal affairs at the DND, and head of records Arlene Manjares said the documents could not be found in their respective offices.

Option not to act

Guevarra said teh President, as part of his power to grant executive clemency, had the option not to act on the disclosure about the missing records.

“Executive clemency involves the exercise of discretion, and the President as Chief Executive and Commander in Chief enjoys a lot of freedom in exercising this prerogative,” the justice secretary said.

The President issued Proclamation No. 572 on Sept. 4 voiding Trillanes’ amnesty due to the senator’s failure to apply for amnesty and admit guilt for his role in the 2003 Oakwood mutiny and 2007 Peninsula Manila siege during the term of President Gloria Macapagal-Arroyo.

The President cited Trillanes’ missing application form in ordering his arrest, although video footage and pictures presented by the senator showed that he applied for amnesty and that his application was found to be in order by the DND.

The Department of Justice (DOJ) later ordered government prosecutors to revive the coup d’état and mutiny cases originally lodged in the two Makati courts against Trillanes and to file motions for his rearrest.

The Armed Forces of the Philippines also moved to reconvene Trillanes’ court martial, which was discontinued in 2012 following Aquino’s grant of amnesty.

Gen. Carlito Galvez Jr., chief of staff of the AFP, admitted in a Senate budget hearing on Tuesday that Trillanes, the President’s fiercest critic in Congress, indeed applied for amnesty.

But the President’s chief legal counsel, Salvador Panelo, rejected Galvez’s statement, saying it was “mere hearsay” since the general based his remarks on the affidavit of Col. Josefa Berbigal, the former head of the amnesty secretariat.

On Sept. 21, Judge Elmo Alameda of Makati RTC Branch 150 issued an arrest warrant against the senator and reopened the rebellion case against him. But Alameda allowed Trillanes to post bail.

After an almost eight-hour hearing on Friday, Judge Andres Soriano of Makati RTC Branch 148 asked Trillanes’ camp to file its formal offer of evidence on Tuesday next week while giving the prosecution a day to file their comment.

Only then will he decide whether to order the senator’s arrest, Soriano said.