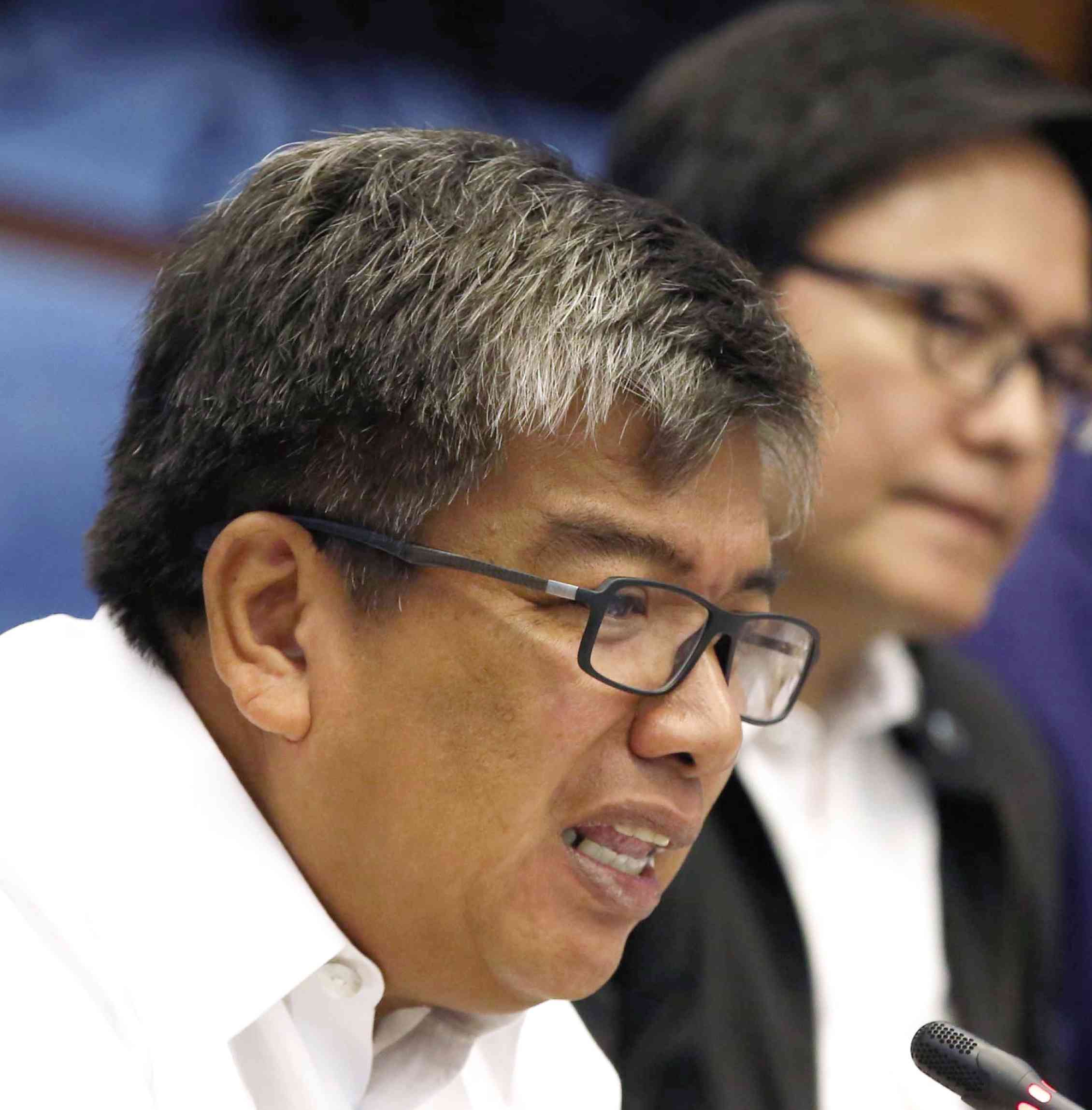 BUDGET DEFENSE Gov. Mujiv Hataman, of the Autonomous Region in Muslim Mindanao (ARMM), defends the ARMM budget at the House of Representatives.—LYN RILLON

CEBU CITY — More than P4 billion in pork barrel funds for infrastructure projects in the Autonomous Region in Muslim Mindanao (ARMM) had been inserted in the budgets for three other regions in Mindanao, according to a lawmaker.

In a statement, Rep. Mohamad Khalid Dimaporo of Lanao del Norte’s 1st district questioned the move during the recent deliberation for the Department of Public Works and Highways (DPWH) budget at the House of Representatives.

He said he told the plenary that the P4.56 billion in funds for infrastructure projects in the ARMM were included in the DPWH budget for Zamboanga Peninsula, Northern Mindanao and Central Mindanao.

“This is in addition to the P10.1 billion in infrastructure budget passed by Congress for the ARMM,” Dimaporo said.

“Thus, there are actually two fund sources for infrastructure projects in the ARMM in the 2019 budget,” Dimaporo added.

Dimaporo, however, said Regional Development Councils did not endorse the amounts since there was already P4.56 billion inserted in these budgets for infrastructure projects in the ARMM.

The P4.56 billion, he said, was separate from the P10.1 billion infrastructure fund approved by the ARMM’s Regional Economic Planning Board.

After a short deliberation in the House, Dimaporo said Rep. Celso Lobregat of Zamboanga City’s 1st district, the sponsor of the DPWH budget, admitted that the P4.56 billion in infrastructure budget “lodged” into the

DPWH budget for the three other regions was a political accommodation for the ARMM legislators.

According to the statement, Lobregat responded to Dimaporo’s interpellation and said: “I think we have to look at the realities on the ground.”

“We have the congressmen and congresswomen in the ARMM here in Congress, and they, too, are proposing certain projects to be implemented in their own districts,” Lobregat told Dimaporo.

“If you look at the historical performance of the ARMM, unfortunately, the implementation by the ARMM was really found wanting,” Dimaporo’s statement quoted Lobregat as saying.

“It is because of this situation that the congressmen from the ARMM placed their different appropriations that they have identified in the three regions,” the statement added.

Lobregat also explained that it was unfair for the congressmen not to have any allocation in their districts since there are national roads also in different districts in the ARMM, the statement said.