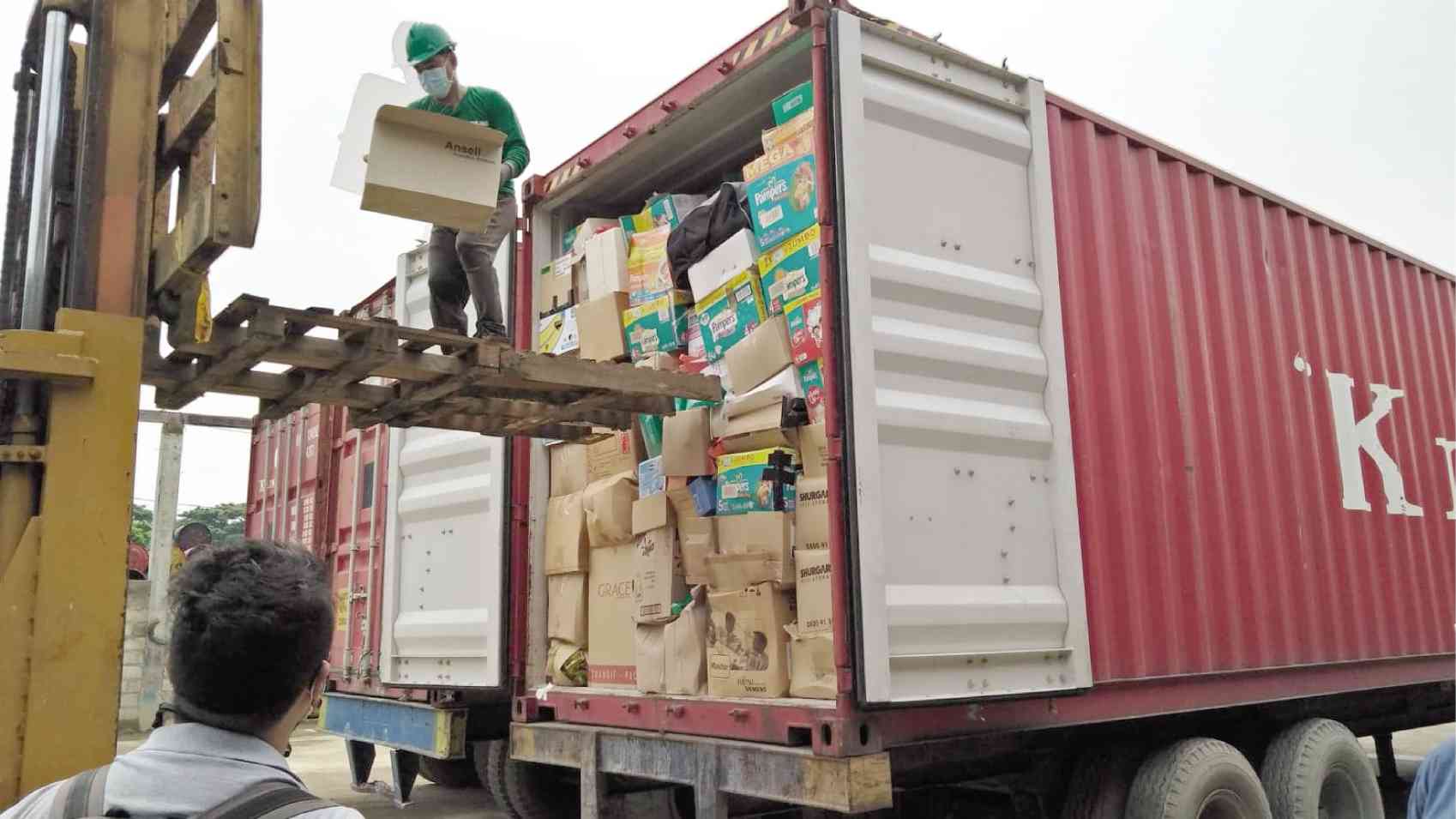 WASTEFUL Shipping containers filled with “wasted and unused” relief goods meant for “Yolanda” victims were disposed of by the Bureau of Customs.—JESSA MAE SOTTO

CEBU CITY — Four shipping containers full of donations for survivors of Supertyphoon “Yolanda” in northern Cebu in 2013 had to be destroyed after the items had already expired.

The items were not moved out of the Cebu International Port (CIP) because the donor failed to obtain tax exemptions for the donated goods, said Cebu Customs collector Elvira Cruz.

The donations inside three containers were incinerated in Mandaue City on Wednesday.

Items in a fourth container were still at the port and would also be destroyed.

Cruz said the items came from Belgium, London and Norway and were already unsafe to use after these reached their expiry dates.

The shipment arrived at the CIP in January 2014, two months after Yolanda wreaked havoc in northern Cebu and many parts of the Visayas.

But the donations were never distributed to its intended beneficiaries because of the donor’s failure to apply for tax exemption.

Cruz said that while the donors were unable to secure tax exemption from the Department of Finance, the three consignees—ABS-CBN Foundation, DSV Air and Sea, and Wellmade Motors and Development Corp.—also failed to pay Customs charges, storage fees and demurrage to facilitate the shipment’s release.

“This was meant to be donated to the Yolanda victims,” Cruz said.

“However, it was not processed because the donor did not want to pay taxes,” she added.

The shipment had to be declared abandoned, Cruz said.

After the shipment was declared abandoned, the Customs bureau got a letter from the donor saying the cargo was being abandoned because of the charges.

The donor also failed to provide authorities with the total monetary value of the shipment, Cruz said.

Cruz said the Bureau of Customs (BOC) tried to have the Department of Social Welfare and Development (DSWD) accept the donations and put these to use.

But the DSWD refused because most of the items had already expired.

Cruz said this forced the BOC to condemn the shipment and destroy it.

She said the BOC made the move because the shipment had been in the CIP for already four years.