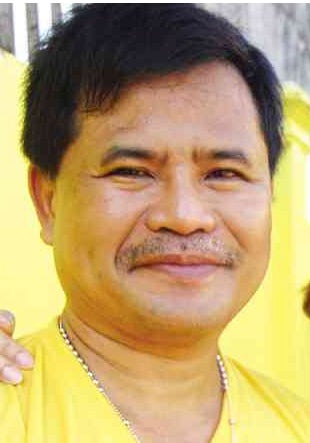 DAET, Camarines Norte—Politicians coming from the 12 municipalities in the province of Camarines Norte have joined the PDP-Laban on Friday as the province’s governor Edgardo Tallado announced that he will run again in the midterm elections next year.

Aside from the mass oath-taking, official candidates of the PDP-Laban were also proclaimed.

Tolentino said “Team Digong” will be the name of the party in the midterm elections in 2019.

During the event, Tallado expressed his desire to run again for the gubernatorial race in Camarines Norte after the Court of Appeals (CA), in a September 26 decision, decided in his favor on his alleged illegal reassumption of his position despite a suspension issued by the Ombudsman.

The CA decision may result to his reinstatement following an implementing order from the Department of the Interior Local Government, Sherwin Mata, Tallado’s spokesperson, said.

Tallado was ejected from his post after the Deputy Ombudsman for Luzon issued a dismissal order on January 10, which stemmed from a complaint filed by provincial veterinarian Edgardo Gonzalez concerning Tallado’s decision to fire him in 2012 only to be assigned as a public information officer, a position the governor supposedly created for him.

But Tallado immediately reassumed his functions as governor even when he was still supposed to be serving a suspension order on July 2016.

Mata said based on the CA decision issued by the Special Seventh Division of the CA, it was found that the second reassumption of Tallado was only simple misconduct and not grave misconduct.

Mata said the CA decision is “partial” only “because the CA only reduced the penalty of dismissal to a mere suspension of one to six months.”

Mata said with the interruption of service caused by the Ombudsman dismissal, Tallado is again entitled to run for another three terms or equivalent to nine years.

Tallado is currently on his third term as provincial governor. He was first elected in 2010. /jpv