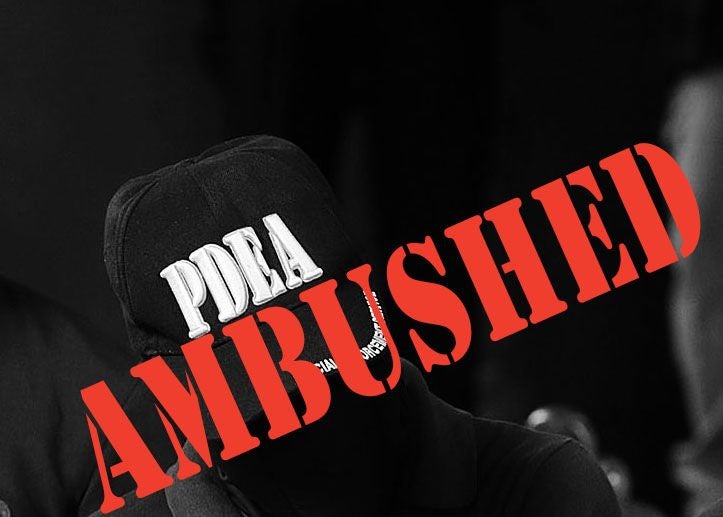 ZAMBOANGA CITY – A source from the Philippine Drug Enforcement Authority (PDEA) confirmed that five anti-drug agents were killed in an ambush in Barangay Malna, Kapai, Lanao del Sur around 1 p.m. on their way home to Marawi City.

Another victim, Rachel Gentapanan, remains in critical condition at the intensive care unit of a hospital.

The report dispatched to PDEA in Region 10 said six anti-drug agents, who attended a program for drug surrenderers in Tagoloan town, were on board a white Toyota Fortuner when unidentified men ambushed them in Barangay Malna, Kapai town.

“They came from Marawi after a preventive education lecture by ARMM (Autonomous Region in Muslim Mindanao) personnel, it is saddening and frustrating at the same time,” the PDEA source told the Inquirer.

He said four of the agents died on the spot while two, who were wounded, were immediately rushed to the Amai Pakpak Medical Center in Marawi City, but one of them was declared dead on arrival.