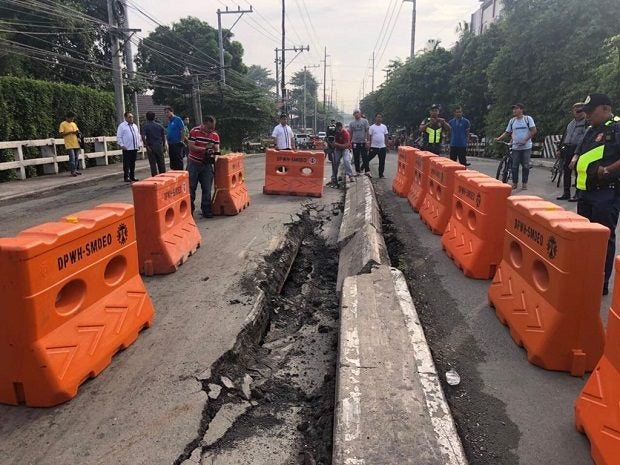 Journalists and local authorities mill around the damaged portion of the Otis bridge in Paco, Manila. INQUIRER.NET / FAYE ORELLANA

More roads and bridges will be opened in time for the Christmas season, the Metropolitan Manila Development Authority (MMDA) said Friday.

MMDA General Manager Jojo Garcia said projects of the Department of Public Works and Highways (DPWH) in Manila are nearing completion, and will be passable for motorists soon.

The Otis bridge in Paco, Manila is expected to open on December 15, MMDA said. It was closed last June 26 to make way for rehabilitation since the bridge was plagued with“instability.”

The North Luzon Expressway (NLEX) Harbor Link from McArthur Highway in Valenzuela City to C3 Road in Caloocan City will also be opened this December, according to MMDA.

Meanwhile, the Concordia South Bridge in Paco, Manila was opened last October 4. The bridge along Quirino Avenue was partially closed last May 1 for repairs.