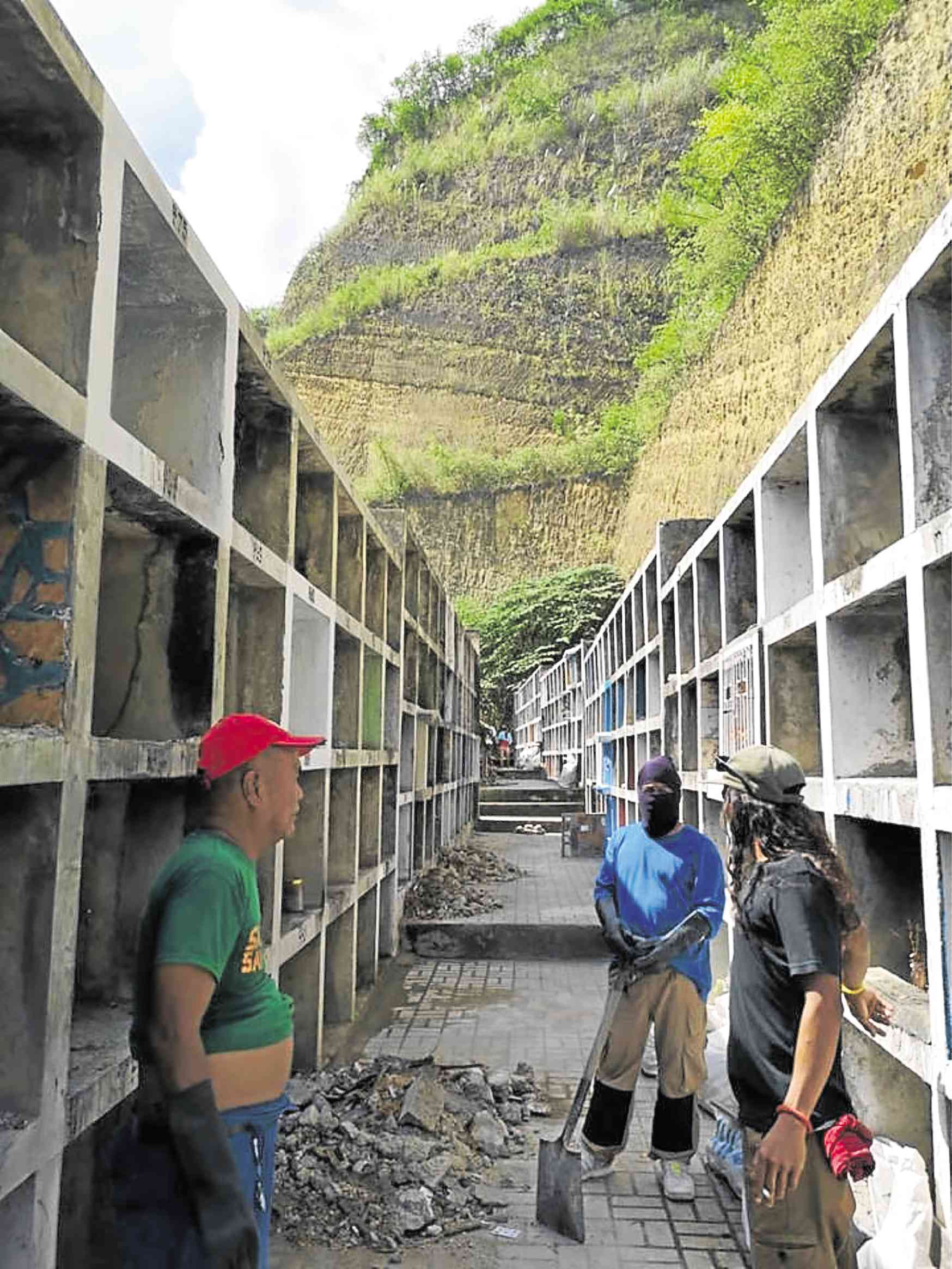 RESTING PLACE Workers prepare a new cemetery where many of the landslide victims would be buried. —TONY DESPOJO

NAGA CITY, Cebu — Some 7,000 people have been barred from returning to their homes at the site of a landslide here that killed 77 persons and swallowed at least 50 houses.

They would have to stay at an evacuation center until the Department of Environment and Natural Resources (DENR) decides it was safe for the people to return to their homes.

Naga City Mayor Kristine Vanessa Chiong on Monday said a team of geologists from the DENR’s Mines and Geosciences Bureau (MGB) had just completed identifying critical or unsafe zones around ground zero of the landslide.

Chiong said the MGB team had identified 270 structures as unsafe and had been marking these.

The people were forced to evacuate on orders of Environment Secretary Roy Cimatu on Sept. 21, a day after a portion of a mountain collapsed and fell on three villages.

On Monday, the death toll stood at 77. At least 16 body parts were found in the debris and eight persons were still missing.

Tinaad was the worst hit.

Chiong said an area inside what she described as critical zone was now no-man’s land.

Gilbert Gonzales, DENR director for Central Visayas, said in a message sent to Chiong that the MGB central office had yet to determine if some residents lived in areas outside the critical zone and could be allowed to return to their homes.

She said people with houses inside the critical zone would get priority in getting units in the 320-unit housing program planned by the National Housing Authority (NHA).